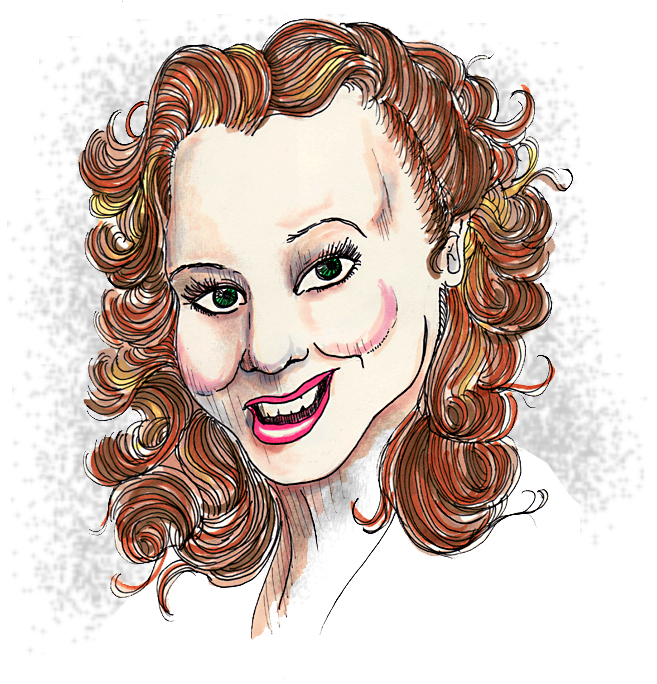 After appearing in bit parts in films throughout the late 1930s, Carole Landis made a huge splash as “Loana” in the 1940 prehistoric fantasy One Million BC.  That film was a springboard for her career. Carole was cast in 22 films over the next eight years, mostly due to her secret affair with powerful producer Darryl F. Zanuck. She starred opposite some of Hollywood’s biggest stars until she broke off her relationship with Zanuck and was relegated to mostly B-movies.

During World War II, Carole, along with comedienne Martha Raye, dancer Mitzi Mayfair and actress Kay Francis, toured England and North Africa entertaining troops as part of the USO. Later, the tour was extended to include the South Pacific. Carole traveled more than 100,000 miles during the war and spent more time visiting troops than any other actress. She became a popular pin-up alongside her sometime co-star Betty Grable.

Carole married for the first time at 15, and though the marriage was annulled, she married the same man again seven months later. Her husband, wannabe actor Irving Wheeler, sued Busby Berkeley for $250,000 for alienation of affections, accusing the famed choreographer as the “other man” in their marriage. Carole testified that she and Berkeley has strictly a business relationship and the case was thrown out. Carole threw out Wheeler, too. Her next marriage lasted two months. Her third marriage ended in divorce after two years. In 1945, she appeared in a musical on Broadway with future author Jacqueline Susann, with whom she allegedly had an affair.

During her fourth marriage in five years, Carole began a relationship with married actor Rex Harrison. She was hopeful that Harrison would leave his wife (actress Lilli Palmer) and was crushed when he refused.

On July 4, 1948, Carole and Rex Harrison had dinner at her home in Pacific Palisades. After he left, Carole wrote this note to her mother:

“Dearest Mommie: I’m sorry, really sorry, to put you through this. But there is no way to avoid it. I love you, darling, you have been the most wonderful Mom ever and that applies to all our family. I love each and every one of them dearly. Everything goes to you. Look in the files and there is a will which decrees everything. Good bye, my angel. Pray for me. Your Baby

Then, she swallowed the contents of a bottle of Seconal  five times a lethal dose.

The next morning, Harrison’s phone call was answered by the maid who informed him that Carole had not awakened yet. Two subsequent calls yielded the same answer. He drove to her home in the afternoon and went up to her bedroom. The maid met him as he descended the stairs. He asked the maid if she has been up to Carole’s room. She replied that she had not. “Well,” he reported, “I think she’s dead.”