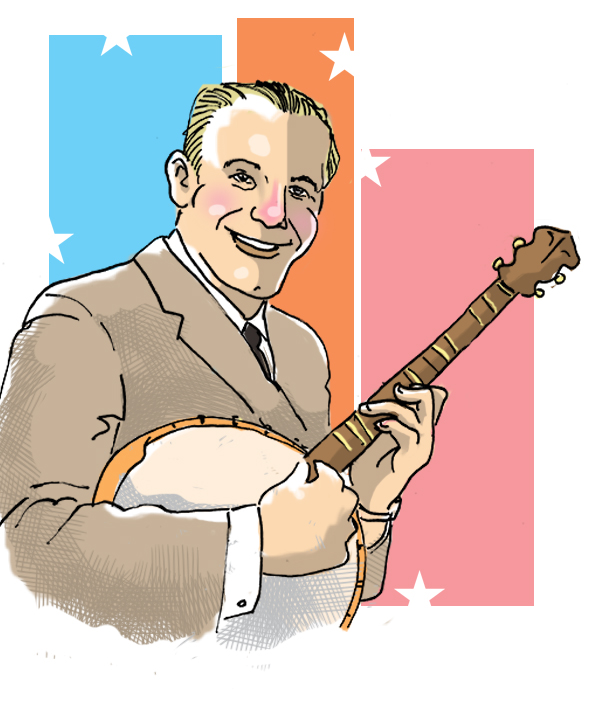 Despite a surprisingly successful career, Jerry Van Dyke spent most of it in the shadow of his older brother Dick. His talents were often compared to Dick’s successes. Granted, Jerry made some questionable career choices, but he was an in-demand, working actor for the better part of six decades.

A budding stand-up comedian in his native Danville, Illinois, Jerry made a memorable splash in a first season episode of his brother’s sitcom, The Dick Van Dyke Show, playing, of all things, Dick Van Dyke’s brother. He went to make three more appearances on the show.

A guest appearance on The Andy Griffith Show led to an offer to replace the departed Don Knotts (who signed a five-film contract with Universal Pictures) as Mayberry’s deputy sheriff. He declined that offer, as well as one to star in the title role on Sherwood Schwartz’s new sitcom Gilligan’s Island. Jerry, instead, chose to star in the short-lived, often derided My Mother, The Car. The inane show, which lasted a single season, featured Jerry as a family man whose late mother is reincarnated as a 1928 Porter automobile. After My Mother, The Car was canceled, Jerry joined the cast of Accidental Family, another show that was canceled after 16 episodes.

Jerry was a frequent guest on popular sitcoms, including appearances on single episodes of Gomer Pyle, USMC, Good Morning World, The Mary Tyler Moore Show and even his brother’s new series The New Dick Van Dyke Show. He took a regular role on Headmaster in 1970, a new Andy Griffith project, but the series was canceled after only season.

He kept busy with live appearances in nightclubs throughout the United States, until 1989, when he took the supporting role of befuddled “Luther Van Dam” on the sitcom Coach. The series, which ran for a whopping nine seasons, earned Jerry four Emmy nominations. Jerry continued to land recurring roles on popular series like Charles in Charge, Yes Dear, My Name is Earl, Raising Hope and The Middle. He was the commercial spokesperson for Hardee’s Hamburgers and Big Lots discount stores.

Jerry was married twice. His first marriage lasted nearly 20 years and produced three children, including actress Kelly Jean Van Dyke. Kelly, who performed in pornographic films under the name “Nancee Kelly,” was married to actor Jack Nance, a favorite of director David Lynch and best known for the title role of Eraserhead. Kelly, a longtime drug abuser, hanged herself in 1991.

Jerry was involved in a serious car accident in 2016 and had been in declining health as a result. He passed away at his Arkansas ranch in January 2018 at the age of 86.