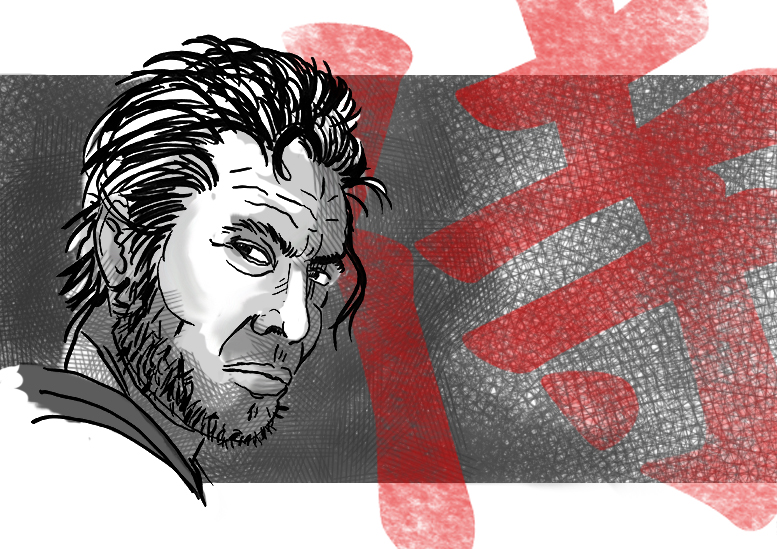 Aspiring photographer Toshiro Mifune reluctantly attended an audition at Japan’s premier film studio, Toho Productions. Asked to portray a man in a violent rage, young Toshiro flung himself around the room, rolling on the floor, growling uncontrollably. The other young actors were astonished by the unnervingly realistic exhibition, but he lost the audition. He did, however, impress director Akira Kurosawa, who noted, “I am a person rarely impressed by actors, but in the case of Toshiro Mifune, I was completely overwhelmed.” Kurosawa had found his muse and the pair went on to make 16 films together over the next several decades. Their most famous film being The Seven Samurai, remade in America as The Magnificent Seven. Kurosawa also directed Toshiro in The Hidden Fortress, which producer-director George Lucas used as the loose basis for his film Star Wars: A New Hope.

Toshiro’s versatility, discipline and acting ability led him to become the most popular and respected actor in Japan. His collaboration with Kurosawa was compared to the team of John Ford and John Wayne of Western cinema. While he appeared in several American films, he was never able to master English and all of his dialogue in Hollywood productions was dubbed.

In the early 70s, George Lucas approached Toshiro, offering the role of Obi-Wan Kenobi. Toshiro, wary of the cheap look of American science-fiction films, turned the role down. A persistent Lucas then offered him the role of Darth Vader, explaining that his face would be hidden under the now-famous helmet. Toshiro stood firm and dismissed that role as well. Toshiro never regretted his decision.

After a long and illustrious career filled with awards and accolades including an Emmy nomination and a star on the Hollywood Walk of Fame, Toshiro Mifune passed away in 1997 at the age of 77.