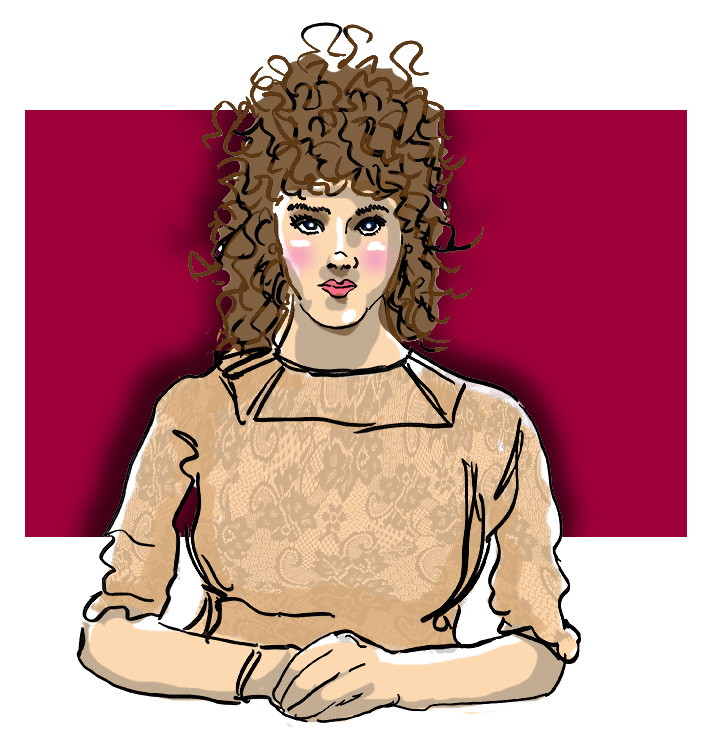 Rebecca Schaeffer, a child model and aspiring actress, landed a small role on the soap opera One Life to Live. Her role lasted six months and she went back to modeling, even moving to Japan for a time, where her skills we more in demand. She was cast in a small role in Woody Allen’s film Radio Days, but, sadly, her scene time was cut from the final product.

A cover shot for Seventeen magazine led to a co-starring role in a new sitcom called My Sister Sam, starring Pam Dawber, fresh off her five-season stint on Mork and Mindy. The series, an initial hit, was canceled after two seasons due to poor ratings.

During the run of the show, Robert John Bardo became obsessed with Rebecca. Previously, Bardo had stalked child pilot Samantha Smith, but moved on to Rebecca after Smith was killed in a plane crash. Bardo wrote numerous letters to Rebecca, but was turned away by security when he tried to enter Warner Brothers studios to meet the actress. In 1989, Bardo became furious after the release of the film Scenes from the Class Struggle in Beverly Hills, which featured a scene showing Rebecca in bed with a male actor. He hired a detective to obtain the address of her apartment. Bardo, armed with a handgun that his brother purchased for him, roamed Rebecca’s West Hollywood neighborhood, asking neighbors to confirm her address. He brazenly rang her doorbell. Rebecca, who was studying a script hoping to get a part in the upcoming Godfather III, answered the door. Bardo explained that he was a fan and asked for an autograph. She was annoyed, but she obliged and asked him not to come to her home again, then she shut the door.

Bardo returned to Rebecca’s apartment an hour later. Rebecca answered with an angered look on her face. Bardo pulled his pistol from a brown paper bag and shot Rebecca point-blank in the chest. She collapsed as Bardo fled the scene. A neighbor called paramedics, but Rebecca was pronounced dead within thirty minutes. She was 21 years old.

Bardo was caught and confessed to the murder. At his trial, he was tried by future O.J. Simpson attorney Marcia Clark. Bardo was found guilty of capital murder and sentenced to a life sentence with no possibility of parole.