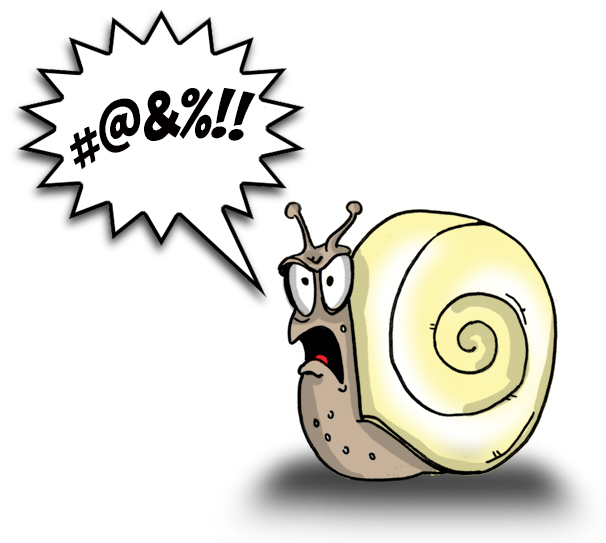 A guy is sitting in his living room, watching television, when he hears a knock at the door. He gets up and opens the door to find a snail on his front porch. The guy looks around and sees no one. Angered by the interruption to his TV watching, he reaches down, grabs the snail and throws it, in a wide arc, across his front lawn. He slams the door and goes back to his program.

Seven years later, the guy hears a knock at his front door. He opens the door and there’s the snail, screaming, “What the hell did you do that for?!?!”