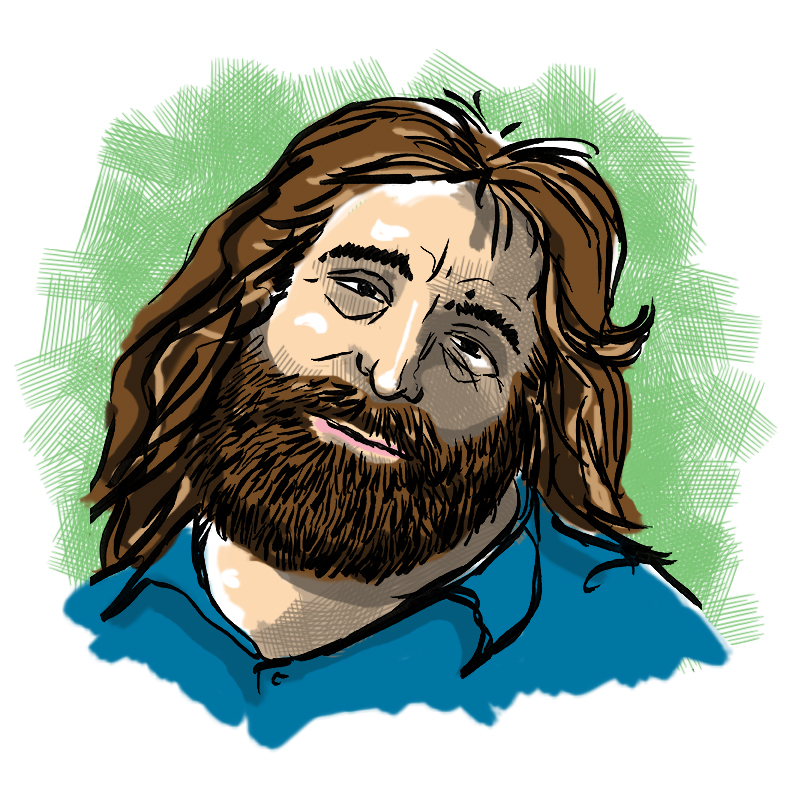 Dennis Wilson was the self-proclaimed “black sheep” of the Wilson family. At his mother’s insistence, he was admitted to his brother Brian’s fledgling surf band, The Beach Boys, in 1961. Ironically, Dennis was the only member who actually surfed. Playing on the strength of a few school-sanctioned drum lessons, he recognized his own musical limitations and allowed brother Brian to supplement the band’s beat with more skilled studio musicians, most prominently Hal Blaine.

Dennis was as violent and aggressive as he was sensitive. He had a brief friendship with cult leader Charles Manson, who fancied himself a songwriter. The two collaborated on the B-side tune “Never Learn Not to Love,”but, upon its release, Dennis received sole writing credit. An incensed Manson threatened Dennis with murder. A fearless Dennis stood his ground, beating the shit out of Manson — reducing him to a blubbering, pleading mess in full view of many of his disciples. Manson and his “family,” who had taken up residence at the overly-generous Dennis’s home, were left with the house when a fed-up Dennis up and vacated the premises.

Dennis spiraled into alcohol and heroin abuse and was eventually kicked out of The Beach Boys by unanimous decision. He was preparing his first (and ultimately only) solo release and was indifferent to the band’s verdict. He had co-written (though was uncredited) Joe Cocker’s hit “You Are So Beautiful” with Billy Preston and was confident in his songwriting skills. However, he returned to the band within two weeks.

After years of hard work, Pacific Ocean Blue, Dennis’s solo effort was released to positive reviews but lukewarm reception. It sold poorly, although Dennis did perform some material from the album during Beach Boys concerts. Dennis later declared that, in his opinion, the album had no substance.

Despite his Beach Boys success, Dennis was homeless in 1983. He was also in and out of rehab. His violent temper erupted in an altercation at a hotel in Santa Monica. He admitted himself to a hospital to treat his sustained wounds and immediately began drinking upon his release. After drinking all day in late December 1983, a drunken Dennis dived into the harbor at Marina Del Rey to retrieve some items he tossed off of his yacht three years earlier. Dennis drowned. He had just turned 39. His estranged wife, Shawn Love, the daughter of his bandmate and first cousin Mike Love, insisted that Dennis be buried at sea. Although his brothers protested, Dennis was given an ocean burial under the auspices of the U.S. Coast Guard and special permission from President Ronald Reagan.