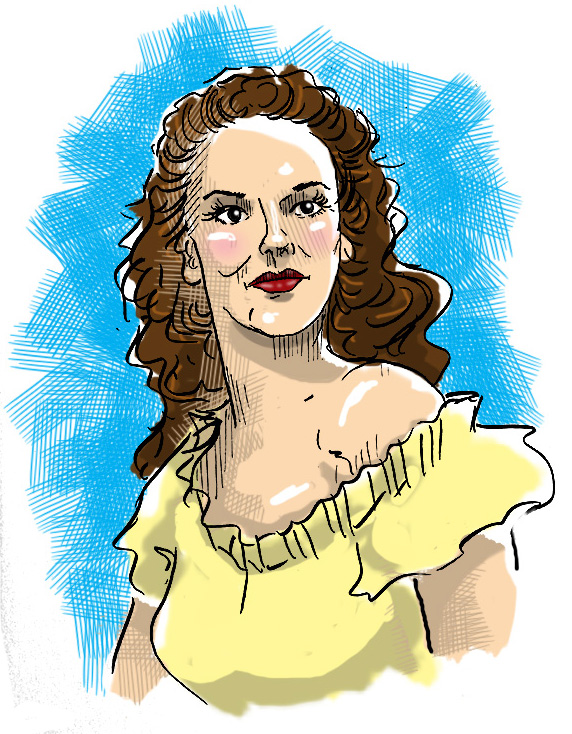 Janet Waldo’s big break came courtesy of Bing Crosby. A talent scout brought the perky teen in for an audition for the crooner and she was signed to a contract soon after. Janet played a slew of vivacious teenage girls on a variety of radio shows, including The Adventures of Ozzie and Harriet and  The Red Skelton Show. She played the title character on Meet Corliss Archer, a popular teen comedy. Janet stayed with the series for eight years. Her likeness even graced the cover of “Corliss Archer” comic book adaptations.

At 32, a young-looking Janet was featured in an episode of I Love Lucy as a crazed teen with an insatiable crush on Ricky Ricardo. Ten years later, she reteamed with Lucille Ball on The Lucy Show, playing Lucy’s sister.

Janet found a niche as a voice actress, giving speech to such classic characters as “Josie” on Josie and the Pussycats and “Penelope Pitstop” on Wacky Races. Her most famous role was that of “Judy Jetson” on the futuristic cartoon The Jetsons. She voiced the teenage Judy in every incarnation of The Jetsons, including the 1990 feature film. However, after her voice work was completed, an executive decision ditched her from the project in favor of pop singer Tiffany. All of Janet’s dialogue was re-recorded by Tiffany. During the recording sessions, the voice director allegedly asked Tiffany if she could sound more like Janet Waldo. The movie flopped at the box office. Many years later, Bill Hanna of Hanna-Barbera Productions, apologized to Janet, saying the decision was wrong.

Sadly, a benign, but inoperable, brain tumor forced Janet into retirement. She passed away in June 2016 at 96. She was the last surviving cast member of The Jetsons and possessed one of the greatest and most recognizable voices.