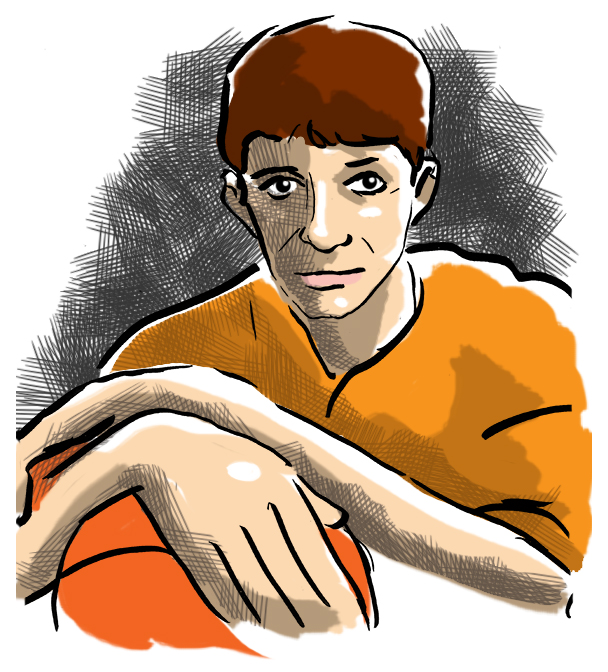 Pete Maravich had a close relationship with his father. The elder Maravich introduced the fundamentals of basketball to seven-year old Pete. He spent long hours drilling Pete with rigorous passing, long shots and tricks. On his high school team, the accomplished Pete was averaging 33 points per game. His unorthodox style of shooting the ball from his side earned him the nickname “Pistol Pete.”

After high school, Pete took an offer to play for LSU. (His father was the basketball coach.) In his first game as a freshman, he put up 50 points. Later, on the varsity squad, he averaged 44 points per game. His NCAA record of  3,667 points still stands. This was in the days before the three-point line and the shot clock were introduced.

Pete played for three NBA teams and was a 5-time All Star and was respected by fans and fellow players. However, knee injuries forced him to retire after 10 seasons. He was inducted into the Basketball Hall of Fame. The Hall cited Pete as “perhaps the greatest creative offensive talent in history.”

After retirement, Pete had varied interests. He studied Hinduism and yoga. He adopted a vegetarian diet. He investigated UFO sightings. He embraced Evangelical Christianity, saying that he hoped to be remembered as a Christian, not a basketball player.

In 1988, Pete suffered a fatal heart attack during a pick-up game in a church gym. Just minutes before he died, he said “I feel great” — his last words.  It was later discovered that Pete had a congenital heart defect that should have taken his life years earlier.

Prophetically, Pete gave an interview after just four years in the NBA, saying, “I don’t want to play 10 years and then die of a heart attack at the age of 40.”