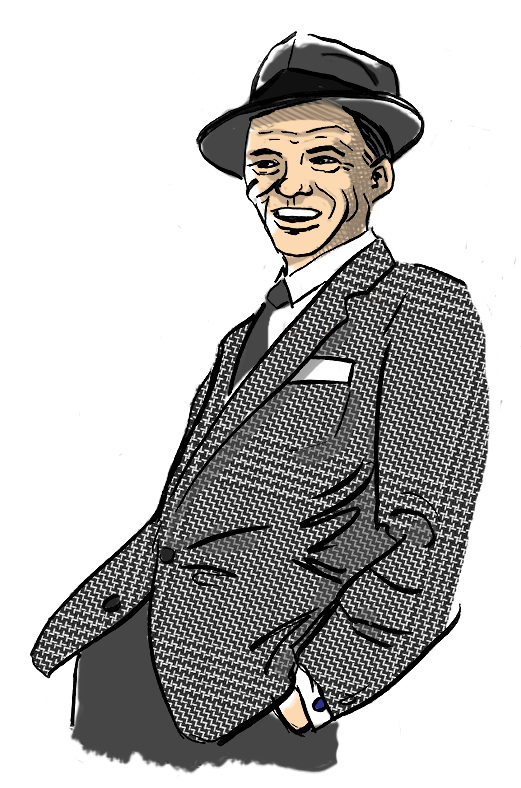 I have fond memories of Frank Sinatra’s music and how it spanned several generations. My mom loved Frank Sinatra beginning in his early days as a big band singer with the Tommy Dorsey Orchestra, when he appealed to the bobbysoxers… and my mom was a bobbysoxer.

When I was a teenager in the 70s, Frank Sinatra was enjoying a career renaissance, culminating in the 1980 release of his ambitious triple album, Trilogy: Past, Present and Future. This album, featuring composition spanning pre-rock and rock eras, appealed to those in my parents’ age group, as well as my peers. My friends and I referred to Frank’s recording of “The Theme from ‘New York, New York'” as “Our National Anthem.” We would play it on the jukebox at The Tavern on the Mall, a favorite watering hole, and force the occupants of the place to stand, salute and sing along.

My mom passed away over twenty years ago. I still love Frank Sinatra’s music. Every time I hear him sing, I still think of my mom.