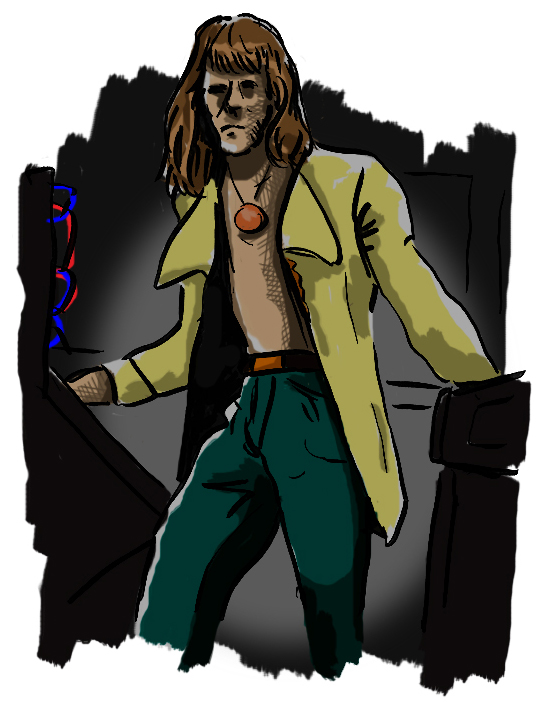 After I graduated from sixth grade, I moved on to a new school for seventh grade. Several other elementary schools in my area sent students to the same school. I met a bunch of new classmates and one of them was Bryan Liesner. I remember in class, I passed him a note with a smart-ass comment aimed at our English teacher. (Yeah, even back then, I was making smart-ass remarks. Did you think it just started yesterday?) I spelled Bryan’s name “Brain” on the note. He pointed out my error and we became friends.

One afternoon at Bryan’s house, he introduced me to an album I had never seen or heard before. One side on the cardboard jacket was decorated with a creepy monotone painting depicting some sort of machinery clamped around a human skull. It opened up with a custom, circular die-cut, a unique design compared with other albums of the time. The back was plain black with the album title emblazoned in large white block letters — Brain Salad Surgery. Beneath the title was a listing on the song titles. The band was Emerson, Lake and Palmer (known by fans as ELP) and I never heard of them. Bryan plopped the disc on his turntable. From he first, otherworldly sounds I was hooked. The traditional British folk song “Jerusalem” was transformed into a bombastic, spacey symphony heavy with weird, echo-y notes and weirder underlying, unidentifiable instrumentation. The rest of the album was chock full of layer upon layer of the same strange and compelling sounds. Those sounds, I would later learn — were the intricate handiwork of one Keith Emerson.

Keith Emerson was the innovative keyboardist of the band. He was an adventurous musician, tinkering and modifying his equipment to produce new and unusual sounds. Brain Salad Surgery, the first album released under the band’s own label, was a showcase for Emerson’s sonic experimentation. The opening track marked the debut of keyboard designer Robert Moog’s new Apollo model synthesizer, still in the prototype stage. The pinnacle of the disc was the sprawling epic “Karn Evil 9,” a thirty-minute, three movement epic that was bolstered by Keith Emerson’s keyboard acrobatics and eerie vocals, achieved by running his voice through a modulator on one of his synthesizers. It was chilling. And awesome.

Emerson’s stage antics rivaled his keyboard prowess. He would shake and rattle and maneuver his massive keyboard and synthesizer units. He would stab the keys with knives to produce unearthly sounds. He even had a rig that enabled him to sit at a piano, strapped into the seat, while he and the entire instrument were raised up and spun — end over end — like a Ferris wheel. He had used some of these same hi-jinks as keyboardist for the early progressive rock band The Nice.

After ELP went their separate ways, Emerson joined up with rock contemporaries like John Entwistle and Jeff “Skunk” Baxter to form so-called “supergroups.” He performed with an attempted re-grouping of ELP with drummer Cozy Powell replacing the otherwise-committed Carl Palmer. Keith even opened the Led Zeppelin reunion at the tribute for Atlantic Records founder Ahmet Ertegun.

More recently, Keith had been been planning a Spring 2016 tour of Japan. However, he was diagnosed with a degenerative nerve condition and a severe form of arthritis that hampered his keyboard playing. In addition, his home in England had burned down, his wife of over twenty years divorced him and he was experiencing some financial difficulty. On March 10, he decided the only solution was to put a bullet in his head.

If I didn’t thank you forty years ago, I will now. Thanks Bryan.