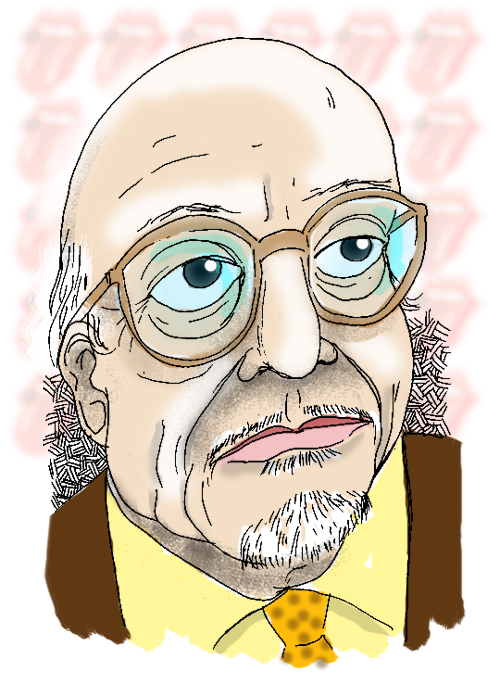 In 1935, Münir Ertegün moved his family to Washington, DC when he served as the first ambassador of the new republic of Turkey. Son Nesuhi Ertegun took his nine year-old brother Ahmet to jazz clubs to see Duke Ellington and Cab Calloway. Soon Ahmet and Nesuhi were staging jazz concerts, booking the acts themselves. Expanding on his love of music, Ahmet got a record cutting machine when he was fourteen, using it to add his own lyrics to instrumentals.

In 1947, Ahmet and his friend Herb Abramson got backing from a family acquaintance to start a record label for jazz, gospel and R & B. This was the birth of Atlantic Records. The fledgling company’s first 22 releases were unsuccessful, until Stick McGhee’s “Drinkin’ Wine Spo-Dee-O-Dee” became their first major hit. Atlantic enjoyed great success through the 1950s, signing such acts as Ruth Brown, Big Joe Turner, The Coasters and Ray Charles.

In the 1960s, Ahmet heard a demo by a band called Led Zeppelin and signed them immediately. He convinced David Crosby, Graham Nash and Stephen Stills to allow Neil Young to join them on tour. Later, Ahmet personally negotiated the deal to allow Atalntic Records to distribute the Rolling Stones independent label. Additionally, Ahmet wrote “Mess Around”, made popular by Ray Charles, and sang back up on Big Joe Turner’s “Shake Rattle and Roll”. He also made time to start the New York Cosmos soccer team (which introduced soccer legend Pelé to the United States).

On October 29, 2006, Ahmet attended a Rolling Stones concert at the Beacon Theatre for the Clinton Foundation, which was attended by former US President, Bill Clinton. Prior to the show Ahmet was backstage in a VIP area when he tripped and fell, striking his head on the concrete floor. He was rushed to a hospital where he remained in stable condition. His condition eventually took a turn and he slipped into a coma. Ahmet passed away in December 2006 at the age of 83.

A series of tribute concerts were held during the following year to honor of “one of the most significant figures in the modern recording industry.” Performers, like Eric Clapton, Phil Collins and a one-night-only reformed Led Zeppelin, came together to remember the man who, for some, was responsible for their careers.