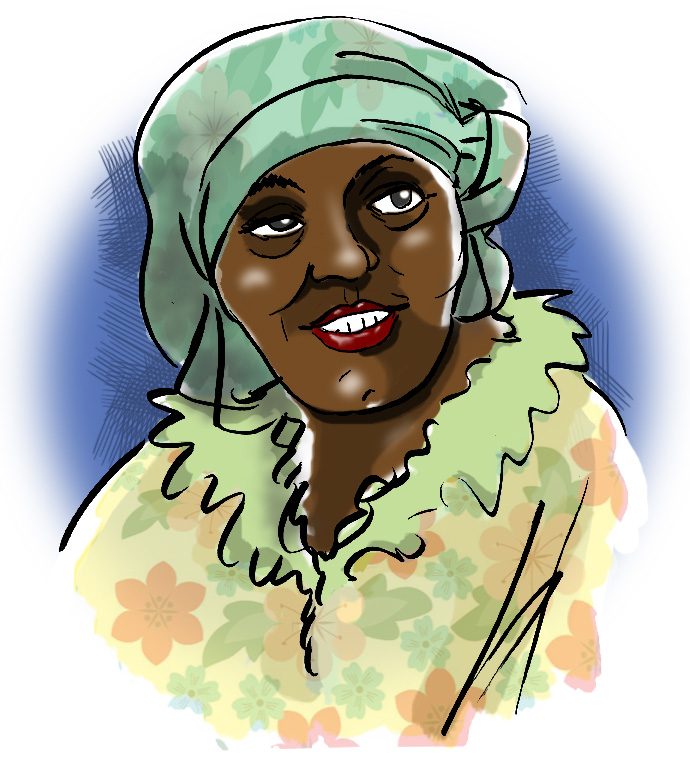 Lucille Bogan began recording in the early 20s, for Okeh Records the record division of the Otto Heinemann Phonograph Corporation. Okeh was a major producer of “race records.” They released early recordings by Duke Ellington, Louis Armstrong and future Academy Award winner Hattie McDaniel. Lucille mostly recorded in New York City, but at the end of 1923, she did some sessions in Atlanta, making her the first black artist to record blues outside of the blues centers of New York or Chicago.

Lucille’s songs, most of which she wrote herself, focused on sex, prostitution and drinking. She performed in rowdy juke joints and speakeasies and the crowds ate it up. Pairing with such well-known instrumentalists as Tampa Red and Cow Cow Davenport, she became famous for her versions of “Black Angel Blues,” “Sloppy Drunk Blues” and “Tricks Ain’t Walkin’ No More.” These songs contained thinly-veiled sexual symbolism, unlike “B.D. Woman’s Blues,” which was fully understood to be sung from the point of view of a so-called “bull dyke.”

Lucille suffered from atherosclerosis and passed away as a result of the disease at the age of 51.