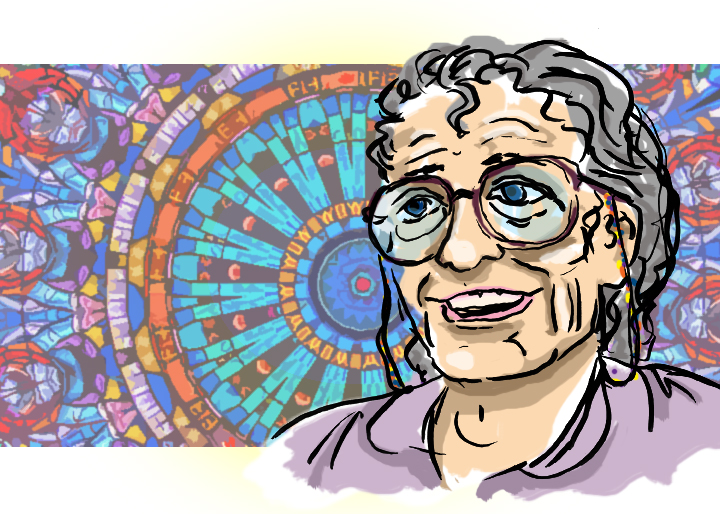 “People are like stained-glass windows. They sparkle and shine when the sun is out, but when the darkness sets in, their true beauty is revealed only if there is a light from within.”
― Elisabeth Kübler-Ross

As a young student of psychiatric medicine, Elisabeth Kübler-Ross was shocked by the hospital treatment of patients in the United States who were dying. She began giving a series of lectures featuring terminally ill patients, forcing medical students to face people who were dying.

Upon graduation and  receiving her degree, she began teaching at the University of Chicago’s Pritzker School of Medicine. She developed a series of seminars using interviews with terminal patients, which drew both praise and criticism. She regularly questioned the practices of traditional psychiatry that she observed.

Her work with the dying led to write her celebrated and respected book, On Death and Dying, in 1969. In the book, Kübler-Ross proposed the now famous “Five Stages of Grief” as a pattern of adjustment: denial, anger, bargaining, depression, and acceptance. Later, she expressed an interest in the afterlife and spiritualism, sometimes debunking self-proclaimed “mediums,” à la Harry Houdini.

One of her greatest wishes was to build a hospice for infants and children infected with HIV to give them a last home where they could live until their death. In 1985, her attempt to fulfill her dream in Virginia was met with opposition from local residents who feared the possibility of the spread of the disease. Zoning for the facility was eventually blocked. In 1994, Kübler-Ross lost her house and possessions to an arson fire that is suspected to have been set by opponents of her AIDS work.

In 1995, Kübler-Ross suffered a series of strokes which left her partially paralyzed and limited her mobility. She was confined to a wheelchair, in constant pain, slowly waiting for death to come. She wished to determine the time of her own death. Kübler-Ross passed away in 2004 at the age of 78.