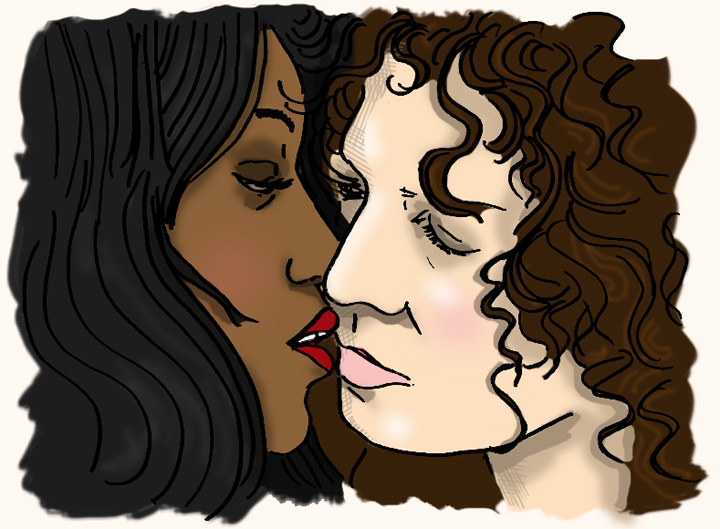 Marc Feld was in love with rock and roll. The former child catalog model was obsessed with the music of Eddie Cochran, Chuck Berry and Gene Vincent. At 12, he bought a guitar and formed a skiffle trio with future British pop singer Helen Shapiro. Marc played with dozens of bands and went through just as many stage names until he settled on “Marc Bolan.”

Marc and his friend, drummer Steve Took, performed as Tyrannosaurus Rex after paring down a full band to a duo. Soon the pair grew apart, mostly due to Took’s heavy drug use. Marc hired multi-instrumentalist Mickey Finn and told Took to beat it. The new duo named themselves T. Rex and, with the help of some studio musicians, released their debut in 1970.  Marc also married his longtime girlfriend June Child, a secretary to Syd Barrett‘s manager.

The usually shy Marc began sporting top hats and glitter makeup, unintentionally starting the musical genre that came to be known as “Glam Rock.”  T. Rex’s popularity took off with the consecutive hits “Hot Love,”  “Bang a Gong ” and “Jeepster.” Marc began lending his talents to some of his famous friends. He played guitar on two tracks on Electric Light Orchestra’s On The Third Day for his friend Jeff Lynne. He also played on Ringo Starr’s eponymous 1973 release, as well as tracks for Ike and Tina Turner and David Bowie. As busy as he was, Marc found time to begin an affair with backing vocalist Gloria Jones, best known for the original recording of “Tainted Love” in 1965.

In 1975, Gloria gave birth to a son. Marc and Gloria left England for the United States. Marc continued to release singles, although his days of massive success were behind him.

In early 1977, Marc formed a new band and returned to England, going on tour with the punk band The Damned. He found a new audience and was, once again, gaining popularity.

In September 1977, Marc and Gloria were drinking in a West London pub. They left and Gloria got behind the wheel of their Mini. On a rain-slicked street, Gloria misjudged a bridge and struck a steel fence post. She lost control of the car and slammed into a tree. Marc was ejected from the vehicle and was killed instantly. Gloria was thrown through the windshield. She was found unconscious, sprawled across the hood of the car. She suffered a broken arm and a broken jaw. During a lengthy hospital stay, Gloria was informed of Marc’s death. It was two weeks before his 30th birthday. Shortly after the accident, Marc’s house was looted by fans.

Gloria was summoned to appear in British court to face reckless driving charges. She moved to Los Angeles with her son and never returned to England.