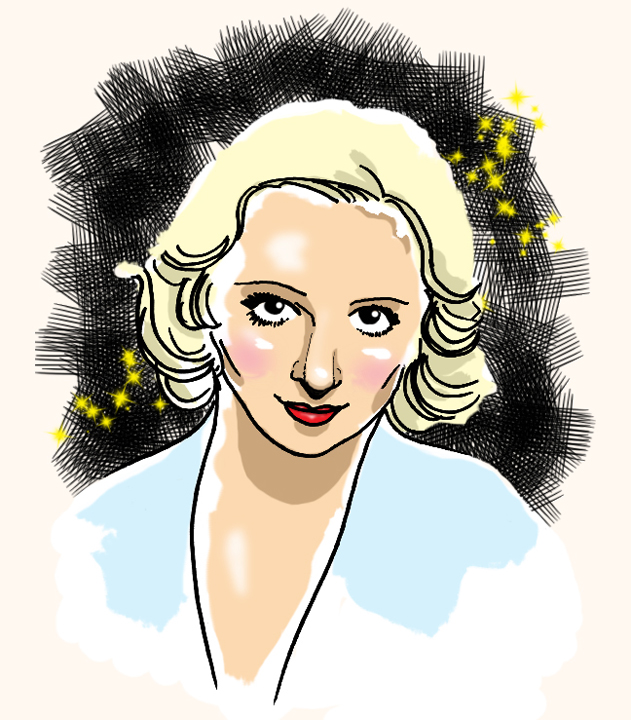 Prolific director Allan Dwan saw 12-year-old Jane Peters playing baseball on a Los Angeles street and cast her in his film The Perfect Crime in 1921. Young Jane was a contract player in low-budget films for Fox and Pathé, until both studios dropped her and she signed with Paramount.

Jane, now using the stage name Carole Lombard, met actor William Powell while working on a picture and the two were married in 1931. The marriage only lasted two years and the couple divorced in 1933, but remained life-long friends.

At a party in 1934, Carole met noted director Howard Hawks. Hawks was immediately taken by her beauty and cast her opposite the great John Barrymore in his latest project Twentieth Century. At first, Carole was intimidated by Barrymore, but soon the two developed a working rapport.

Despite turning down the lead in It Happened One Night, Carole’s success increased and 1936 proved to be a banner year for her career. Upon his insistence, Carole appeared with her ex-husband William Powell in the screwball comedy My Man Godfrey. She followed that with Nothing Sacred, for which she became the highest paid actress in Hollywood at the time.

Carole had romantic relationships with actors Gary Cooper and George Raft, screenwriter Robert Riskin and singer Russ Columbo (who died from an accidental shooting at age 26). In ’36, she began an affair with married actor Clark Gable, whom she had met while she was still married to William Powell. Louis Mayer, anxious to cast Gable in Gone With The Wind, offered the actor a bonus to divorce his wife (oil heiress Ria Langham) and accept the role. Gable conceded and during a break in the film of GWTW, the couple ran off to Kingman, Arizona to marry.

When the United States entered World War II at the end of 1941, Carole, along with her mother and her press agent Otto Winkler, traveled to her home state of Indiana for a War Bond Rally. In one night, the popular Carole raised over two million dollars for the war effort. After the rally and anxious to return to Los Angeles, Carole convinced her colleagues to travel by airplane rather than the previously-arranged train. A coin toss was the decision-maker. Twenty-three minutes after a fuel stop, TWA Flight 3 crashed into Double Up Peak, 32 miles southwest of Las Vegas. Everyone aboard — Carole, her mother, Winkler and 15 soldiers — were killed. Carole was 33 years old.

Carole’s final film, the comedy To Be or Not To Be, had a posthumous release in 1942. An inconsolable Clark Gable joined the United States Army Air Force and flew five missions to film aerial gunners in combat. In 1944, he was present at the dedication of the SS Carole Lombard, a cargo ship involved in rescue missions in the Pacific.

Although he married two more times, Gable’s wishes were to be buried next to Carole at Forest Lawn in Glendale, California. The couple were reunited in November 1960, when Gable passed away.