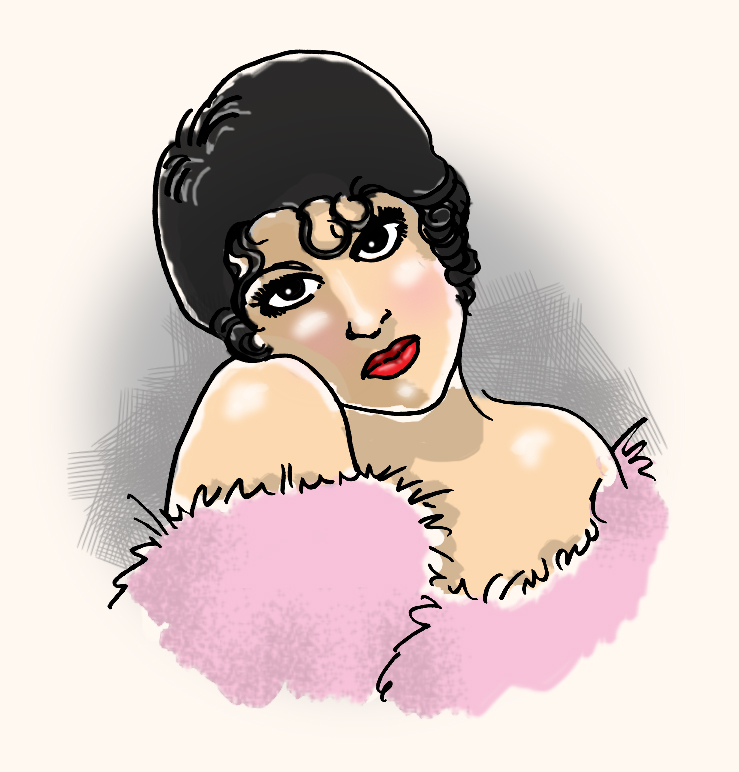 She was a seven-year old, just dancing in her father’s drug store, when a representative of RCA Victor hired her to advertise Victrolas at the 1915 Panama–Pacific International Exposition. A short time afterwards, young Lina Basquette was studying ballet.

At ten, she was signed to a contract with Universal Pictures to star in a series of silent films called The Lina Baskette Featurettes.  Lina’s father, unable to deal with her mother’s relentless pursuit of fame, committed suicide. Lina’s mother married dancer Ernest Belcher and gave birth to Lina’s half-sister, the future renowned choreographer Marge Champion.

Lina headed to New York and was signed to The Ziegfeld Follies. Florenz Ziegfeld dubbed her “America’s Prima Ballerina.” Noted Russian ballerina Anna Pavlova offered to mentor Lina, but Lina’s controlling mother turned her down. At a Broadway performance, Lina was spotted by Sam Warner, co-founder of Warner Brothers Studio. It was love at first sight and Warner immediately proposed marriage, despite being twenty years Lina’s senior. Lina was hesitant, but her mother insisted that she accept. They remained a couple until Warner’s untimely death two years later (the night before the world premiere of Warner’s groundbreaking The Jazz Singer with Al Jolson). She became embroiled in a lengthy legal battle with her late husband’s family and lost custody of their daughter. Distraught, she attempted suicide. She would not see the child for thirty years.

In 1929, Lina starred in Cecil B. DeMille‘s epic and controversial The Godless Girl. The film did blockbuster business in Germany and Austria, despite lukewarm reviews in the United States. Lina was called a favorite by Adolf Hitler. In the late 30s, Lina traveled to Germany, as her popularity was on the decline in the United States. She was offered a contract by a German film company. She claimed that while in Germany, she met Hitler, her self-professed “biggest fan.” She said she gave the Führer a knee to the groin when he made a pass at her.

She married boxer Jack Dempsey’s trainer while she carried on an affair with Jack. When he tried to break up their relationship, Lina attempted suicide for the second time in her life.

In 1943, Lina gave a ride to an AWOL Army private in Burbank, California. He forced her into the back seat of her car and raped her, then robbed her. Although he maintained his innocence, he was found guilty and sentenced to twenty years in prison.

In 1950, Lina and her sixth husband opened Honey Hollow Kennels in Bucks County, Pennsylvania,  and began breeding and showing Great Danes. She became the single biggest winner of Great Dane dog shows. She wrote books on dog breeding and went on to be a respected dog show judge.

In 1994, forty-eight years after her last film appearance, Lina was cast in the independent production Paradise Park. She played the part of a delusional grandmother and costarred with several country music stars (Porter Wagoner,  Johnny Paycheck and Mountain Stage host Larry Groce). She passed away later that year at the age of 87, having led a roller coaster of a life.