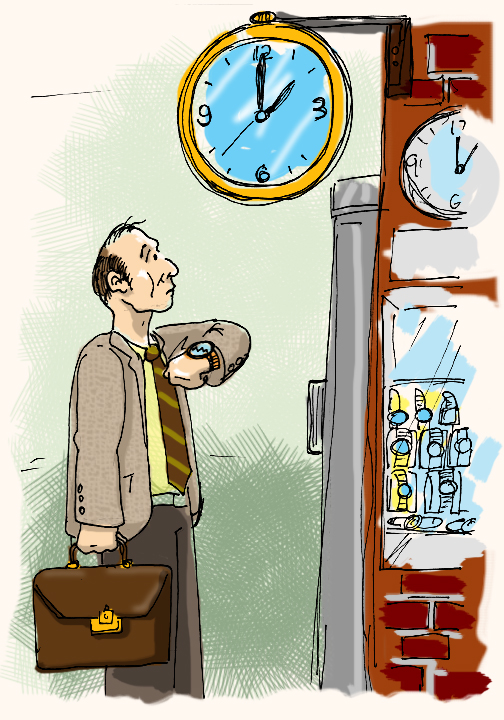 A man is in a strange town and he has to catch a bus. He looks down at his watch and sees that the crystal has cracked and his watch has stopped. He’s upset and he frantically scans the street for some help. Up ahead, he notices a storefront with a giant clock  hanging outside just above the front entrance. As he gets closer, he sees a large display of wristwatches in the front window. Relieved, he opens the door and walks into the shop. There’s an old man standing behind the glass counter — a display case that is also filled with an assortment of watches in all shapes and sizes.

The man speaks up. “Hi,” he begins, pointing to his wrist, ” I just saw that the crystal in my watch has broken and I was hoping you could fix it while I wait. I have to catch a bus shortly.”

“What are you talking about?,” the old man replies, “I am a mohel. I perform circumcisions!”

The man is stunned. “I don’t understand!”, he says, “Then, why do you have watches in your window?”

The old man leans forward and says, “Sir, what would you like me to put in the window?”