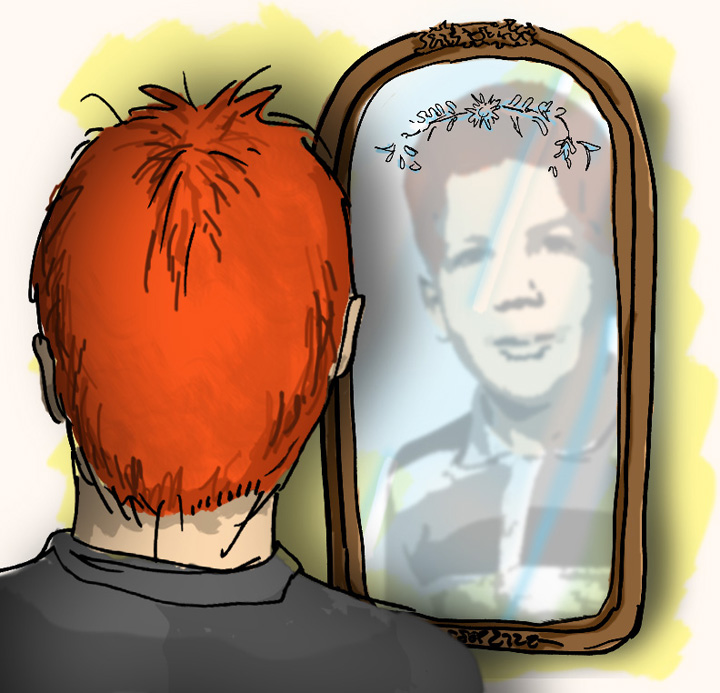 In 1973, I was in 6th grade and I thought I was hot shit. When I entered Watson T. Comly Elementary School as a lowly first grader, I was scared and intimidated by the upperclassmen. They were cool and, to my tiny, impressionable eyes, they were so… so… grown up. Some of the 6th grade boys and girls were even holding hands and sneaking kisses when the teacher was otherwise distracted. When I finally matriculated to the top grade in the school, I felt like I was on top of the world. I was fearless, cocky  and, yes, even cool. I looked at the little first graders as though they were infants.

Then I entered junior high school and the process started all over again. As a 7th grader, I was once again on the bottom rung of an impossibly high ladder of social confidence. But five years passed and, once again, I was in the upper of upperclasses — 12th grade — and, once again, I thought I was hot shit. I felt confident as I walked the hallways that I once walked as a frightened freshman (that is, when I actually showed up to  school). When my high school career ended in a massive graduation on the school’s football field (there were 1100 students George Washington High’s Class of 1979), I was ready to take on the adult world.

The day after graduation, my friend Alan and I visited our elementary school. I’m not sure why we chose to visit. Maybe we wanted to show our doubtful teachers that we turned out okay. In the days before stringent security at schools, we walked right in to the school and began wandering the halls. No one stopped us. The first thing we noticed was how small everything looked – the width of the halls, the size of the chairs. We were disoriented by the tiny auditorium that we, years ago, perceived as enormous. We peeked through the glass of each closed classroom door until we spotted a teacher we recognized. On a top floor, we saw Mr. Bonner pointing to the blackboard with a wooden yardstick, offering a lesson to his class. With the confidence of two new high school graduates, we opened the door and barged in unannounced. Mr. Bonner, as we had remembered from our days at Comly, was the cool teacher. He bore a striking resemblance to hunky Lyle Waggoner from The Carol Burnett Show — deeply tanned, coiffed disco hair with long thick (now grayed) sideburns, large knotted paisley necktie, bell-bottomed dress pants. Mr. Bonner welcomed us into his classroom with a wave and a chuckle. He introduced us to the class as former students from “many years ago.” We turned to look at the kids seated at their desks. They were tiny! Were we that little when we were in 6th grade? We were dumbfounded! Mr. Bonner leafed though the yearbooks we had brought with us, commenting inappropriately as he leered at some particularly buxom female students featured in some of the candid photos. He didn’t talk like that to us when we were enrolled here! But — hey! —we were his peers now!

My wife and I were at a family get-together. My wife’s cousin had her two children with her.  With a gun to my head, I could not tell you the ages of her two little boys. I have never been good at gauging the ages of kids. Someone asked the older boy his age and what grade he was in.

Then, I came across some photos of myself from 1973. Jeez, I was little.

And now when I look in the mirror, I see my father looking back at me.

When did that happen?