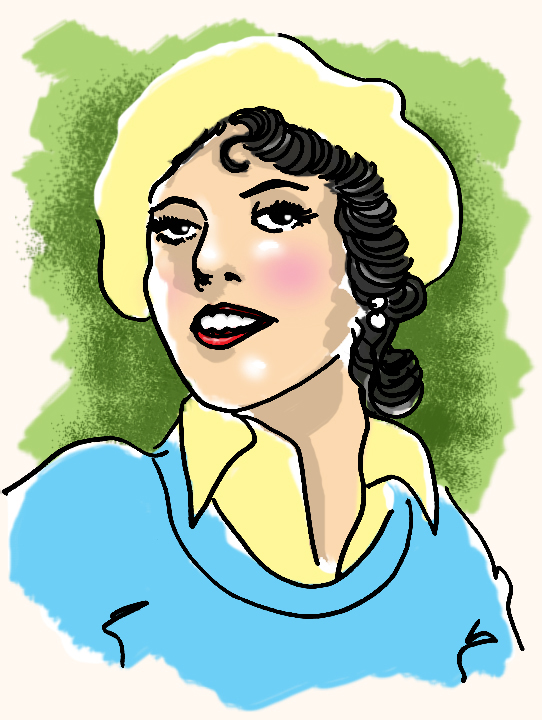 Olive Borden (a distant relative of Lizzie Borden) knew she could make it. As a teenager, she persuaded her mother to move from their native Richmond, Virginia to Hollywood, where she knew she could be a star. The family made ends meet by running a candy store until Olive’s star took off.

And soon it did.

Olive, with her jet-black hair and striking features, became one of producer Mack Sennett’s Bathing Beauties (a springboard for future stars like Mabel Normand, Carole Lombard and Marie Prevost). Olive also appeared in a number of Hal Roach short subjects.  In 1925, Olive was signed by Fox Studios for a whopping $1500 per week. She starred in eleven films for Fox and worked with pre-fame directors like John Ford and Howard Hawks.

Olive developed a reputation for being temperamental and difficult to work with.  In 1927, Fox attempted to reduce her salary and a furious Olive walked out on the studio.  She managed to land roles at rival Columbia and RKO Studios. However, with talking pictures gaining popularity, Olive was passed over for parts because of her prominent Southern accent. Her career began to fizzle in the early ’30s. She made her last screen appearance in Chloe, Love Is Calling You in 1934.

Despite her large salary at the height of her career, Olive was broke by the 1940s. She worked briefly as a post office clerk and nurse’s assistant, but health problems and alcohol abuse made working a struggle. She spent her final years scrubbing floors at the skid-row Sunshine Mission, a home for destitute women in Los Angeles. She died of pneumonia at 41. Her only possession was an autographed photo of herself.

In 1958, Olive was randomly selected as one of the first eight celebrities to receive a star on Hollywood’s Walk of Fame.