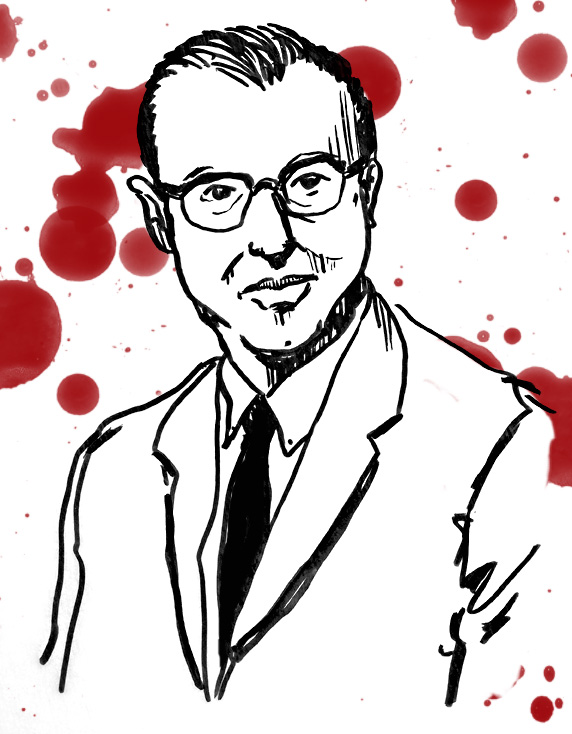 John List was faced with a dilemma. He had lost his job as an accountant. He was months behind on the mortgage payments for his nineteen-room mansion in Westfield, New Jersey. Burdened with heavy financial debt and accumulating bills, he could either force his family to accept government-sanctioned welfare or he could send them to Heaven and have God take care of them. He chose the latter.

On November 9, 1971, after his three children left for school, John List shot his wife Helen in the back of the head. He then shot his mother, who lived in an apartment in the family’s attic. When Patty and Frederick, two of the List’s three children arrived home, John shot them each in the back of the head, as well. Then, he made himself lunch. When he finished his meal, he went to watch his son, John Jr., play soccer.

After the game, John drove his son home and, upon entering the house, shot the fifteen-year-old. Later investigation showed that the teen obviously did not die immediately and was shot nine more times. John dragged all of the bodies to the home’s central ballroom and laid them on sleeping bags. He attempted to clean up the massive amounts of blood, but the task was overwhelming. He left bloodied towels and newspapers strewn about various rooms. John mailed letters to his children’s schools, informing them that the family would be traveling to North Carolina for an extended stay. He wrote a lengthy confession to his church pastor, explaining that he saw too much evil in the world and he decided to save the souls of his family. John turned all of the lights on in the house, tuned the house-wide sound system to a Christian radio station and left. His car was found in the long-term parking lot at Kennedy Airport, but there were no indications that he had boarded a flight. John List had disappeared.

Nearly a month later, neighbors alerted police that lights were burning out in the List house and, although the family was reclusive, no one had been seen entering or leaving for quite some time. Police broke into the locked residence and discovered the grisly scene.

In June 1989, almost eighteen years after the murders, John List was arrested in Richmond, Virginia, after a neighbor had seen his picture on an episode of the television program America’s Most Wanted.

John had moved to Denver, Colorado in 1972. He assumed the identity of Robert Clark and found work as an accountant. A decade later, he relocated to Midlothian, Virginia, where he met and married Delores Miller. When authorities in Virginia came for him, he fervently denied the accusations. When fingerprints, military records and crime scene evidence were presented, John List confessed.

At trial, John displayed a minimal amount of remorse. He blamed his actions on post-traumatic stress disorder, mental imbalance and obsessive-compulsive personality disorder. The jury wasn’t buying any of it. He was convicted on five counts of first-degree murder and sentenced to five consecutive life terms. He passed away, in jail, from pneumonia at the age of 82.

In a 2002 interview, news correspondent Connie Chung asked John List why he didn’t kill himself after murdering his family. He answered, “I felt suicide would keep me out of Heaven.”