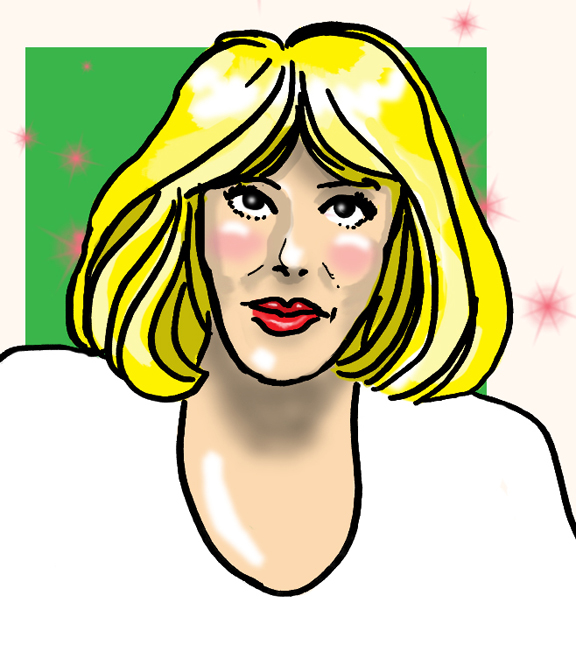 Berinthia Berenson was born into a privileged, aristocratic family in the upper-class Murray Hill neighborhood of Manhattan. Her father was an American diplomat. Her mother was Countess Maria-Luisa Yvonne Radha de Wendt de Kerlor, but was better known as socialite  Gogo Schiaparelli.  Berinthia, or “Berry,” as her family called her, was also a descendant of prominent fashion designer Elsa Schiaparelli, who waged a post-World War I rivalry with Coco Chanel.

Berry and her older sister Marisa attended exclusive European boarding schools. Upon graduation, Berry expressed an interest in fashion photography and she shot numerous magazine layouts featuring her statuesque sister. Berry, too, tried her hand at modeling and the Berenson sisters were splashed across the pages of 1960s & 70s issues of Life, Vogue and Glamour.

In 1972, through mutual friend director Joel Schumacher, Berry was introduced to actor Tony Perkins. They fell in love and, despite Tony being nearly 20 years her senior, were married in less than a year. Berry gave birth to sons Osgood in 1974 and Elvis in 1976.

With Tony as an inspiration, Berry appeared in several movies, including Winter Kills, the remake of Cat People, Remember My Name opposite her husband and the TV mini-series Scruples. She retired from acting to spend more time with her sons, although she remained an active photographer, collaborating with Marisa on a fashion book in the early 80s.

In 1990, Tony tested positive for HIV. Berry was devastated, but never left her husband’s side. He died in 1992. Berry spent the next years watching her children grow up. Osgood followed in his father’s acting footsteps, while Elvis leaned toward music, becoming a singer-songwriter.

In the summer of 2001, Berry  stayed at the family vacation home in Cape Cod, Massachusetts. As the summer drew to a close, she made plans to join her sons on the West Coast to commemorate the ninth anniversary of Tony’s death. She boarded American Airlines Flight 11 from Boston’s Logan Airport headed to Los Angeles. At 8:46 a.m., the aircraft flew into the 92nd floor of the North Tower of the World Trade Center in New York City. Berry died along with 87 other passengers and crew. She was 53.