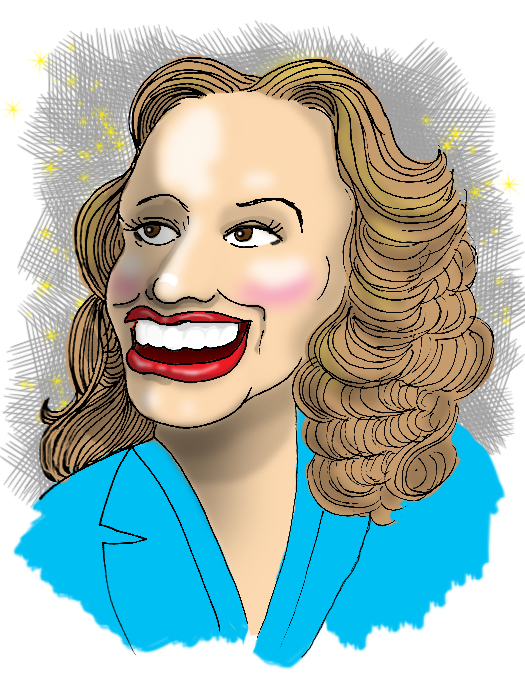 With aspirations of stardom, Rita Johnson set out for Hollywood after two years of acting on Broadway. She made her motion picture debut in 1937’s London By Night,  a lighthearted mystery starring George Murphy, long before he was elected to the US Senate.

Rita continued to be cast in films throughout the 30s and 40s. She was a versatile actress, able to convey a villainous persona as the murderous Julia Farnsworth in 1941’s Here Comes Mr. Jordan (the original version of the Warren Beatty vehicle Heaven Can Wait) and then become the sympathetic mother to young Roddy McDowall in My Friend Flicka  and its sequel.

The pressures of show business led Rita to alcohol and soon she was consuming more than her fair share. However, in 1948, Rita’s career nearly came to an end when a beauty salon hair dryer fell on her head. Her injuries required delicate brain surgery and, although she did  return to the big screen, she was relegated to smaller roles due to her limited mobility and poor concentration.

Rita finally called it a career in 1957, after completing only four films since her accident. Rita passed away from a brain hemorrhage on Hallowe’en 1965. She was 52.