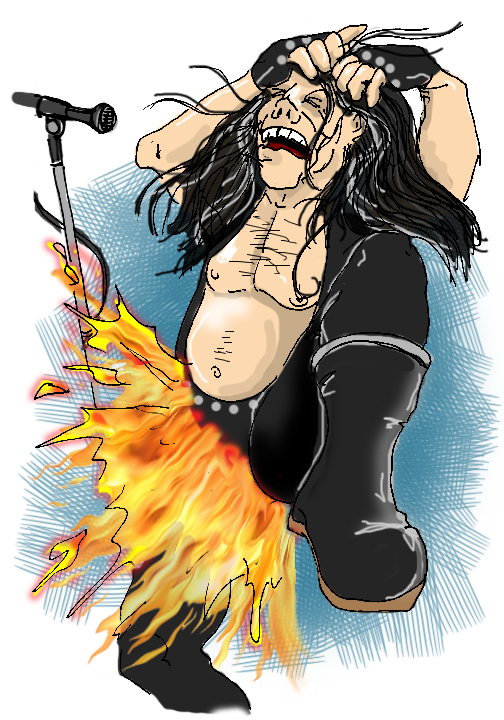 Poor Steven Duren. He had dreams. He was heavily influenced by AC/DC, Black Sabbath and Alice Cooper. But, he wasn’t nearly at their level… and he knew it. But that wouldn’t stop the ever-determined Steven.

Steven changed his name to Blackie Lawless and fooled around on the guitar and bass. He formed a few bands, the most popular being heavy-metal shock rockers W.A.S.P., best known for their controversial hit “Animal (F**k Like a Beast).” Blackie surrounded his band with gimmicks, from pyrotechnics on stage to the mysterious meaning behind the band’s acronym name. (Fans guessed everything from “We Are Sexual Perverts” to “We Ate Savory Pancakes.” Blackie would sometimes tell interviewers “We Ain’t Sure, Pal.”)

Blackie’s signature stage stunt was lighting his codpiece on fire. During an early performance of the trick, a malfunction in the explosives caused poor Blackie’s crotch to burst into flames. Attentive rescue workers doused the fiery piece of wardrobe with water and foam to extinguish the flames. As a charred and shaken Blackie was carried from the stage, he observed his situation and quipped, “If I could write better songs, I wouldn’t have to do shit like this.”