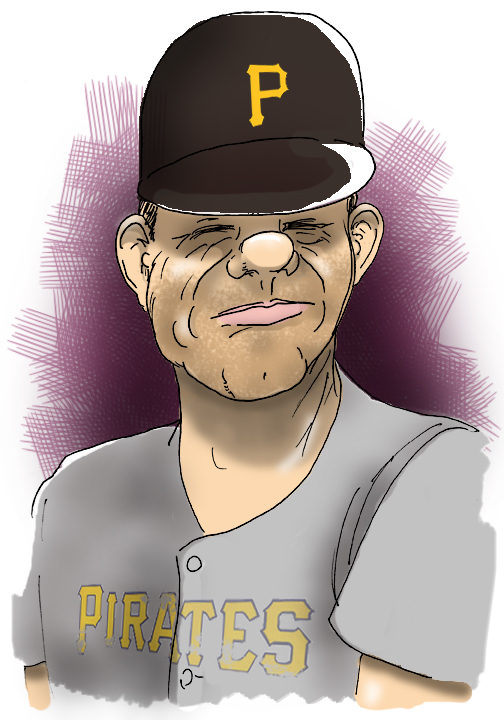 All-Star first baseman Dick Stuart hit 228 home runs in his 12-year career. Although he never was a league leader for homers, he finished in the top ten for five years. His career batting average was .264. Dick was  in the on-deck circle when teammate Bill Mazeroski hit the ninth inning home run to win the 1960 Series for the Pirates.

His fielding, however, was another story. As good a hitter as he was, Dick was horrendous in the field. In 1963, he committed 29 errors, a record that still stands among first basemen. His subpar performance at first earned poor Dick the unflattering nickname “Dr. Strangeglove.” His reputation was so bad that, it was noted that once during a game, a hot dog wrapper was blowing across the diamond and when Dick picked it up, he received a standing ovation from the crowd. Relating the story, a writer commented, ” It was the first thing he had managed to pick up all day, and the fans realized it could very well be the last.”

Dick is best known for playing with Pittsburgh, but he bounced around both leagues with short stints on six other teams, including two years in Japan.