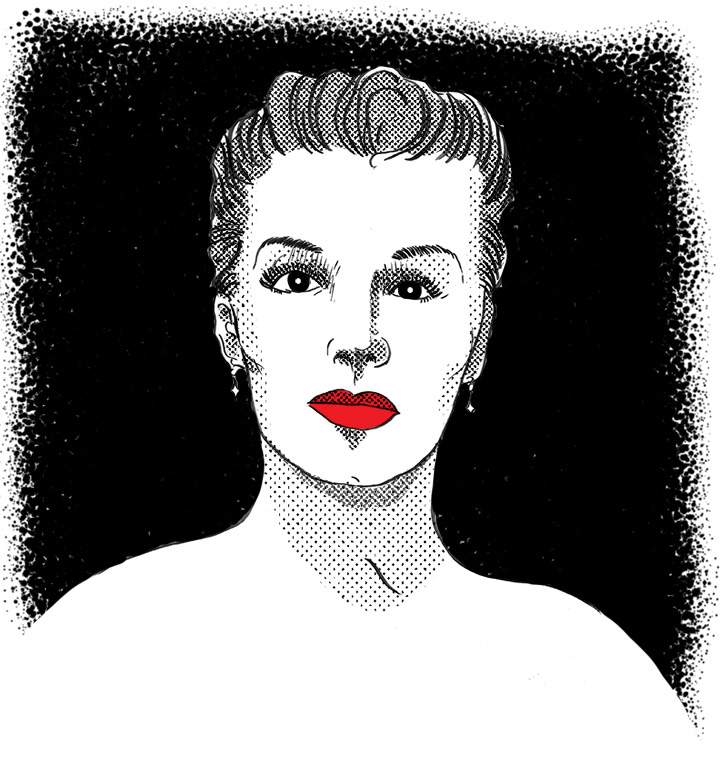 Jean Spangler danced in Beryl Wallace‘s shadow at Earl Carroll’s nightclub on Sunset Boulevard. She had dreams and aspirations, though. She had a few uncredited roles in some big Hollywood pictures – Miracles of the Bells, When My Baby Smiles at Me, Young Man with a Horn. She had just completed a small part in The Petty Girl with Bob Cummings, hoping it would lead to the break she so desperately wanted and needed.

Newly-divorced at 26 and trying to make ends meet, Jean and her five-year-old daughter lived with Jean’s mother, brother and sister-in-law. Jean mingled with people she felt could advance her career – actors, studio heads and even gangsters. She dated Davy Ogul, one of notorious mobster Mickey Cohen’s goons. (Mickey was instrumental in helping Bugsy Siegel set up The Flamingo Hotel in Las Vegas.) At 8 pm on October 7, 1949, Jean Spangler kissed her little girl on the forehead and told her sister-in-law she was meeting her ex-husband to discuss delinquent child support payments. Afterwards, she explained, she was to be included in some late-night scenes to be shot at a movie studio. Jean waved ‘goodbye’, walked out the door and was never seen again.

The next morning, a worried Sophie Spangler, Jean’s sister-in-law, filed a missing person report at the local police station. A police investigation led to newly-remarried Dexter Benner, Jean’s ex. Dexter told authorities that he hadn’t seen Jean for weeks and his new wife confirmed that he had not left the house the previous evening. A check of the movie studios showed that no filming was scheduled anywhere for the night before.

Two days later, Jean’s purse was discovered at the entrance to Griffith Park in the Hollywood Hills. The straps of the purse were torn free on one side, as though they had been ripped from the owner’s arm. Although the purse contained no money, there was an unfinished note, in Jean’s handwriting, that read:

“Kirk, Can’t wait any longer, Going to see Dr. Scott. It will work best this way while mother is away, ”   (The note ended abruptly with a comma.)

A search team of sixty police officers and a hundred volunteers scoured the 4,000-acre park and came up empty. No more clues were found. Police began investigating pieces from the note. They contacted actor Kirk Douglas, who starred in Young Man with a Horn, in which Jean was an on-screen extra. Kirk, interviewed while vacationing in Palm Springs, said that, despite her appearance in his latest film, he did not know her.

A friend had mentioned that Jean was several months pregnant at the time of her disappearance and sought an abortion (illegal at the time). Perhaps “Dr. Scott” was a contact for the illicit procedure, but pursuit of “Dr. Scott” led nowhere. Davy Ogul, coincidentally, disappeared on October 9 and was reported by several witnesses to have been spotted in El Paso, Texas. When questioned, a hotel clerk claimed that he saw Davy Ogul and a woman fitting Jean’s description sharing accommodations in the Texas town. Futher investigation yielded another dead end.

Jean Spangler’s whereabouts have been unknown for 62 years.