The new Illustration Friday challenge word this week is “shy”. 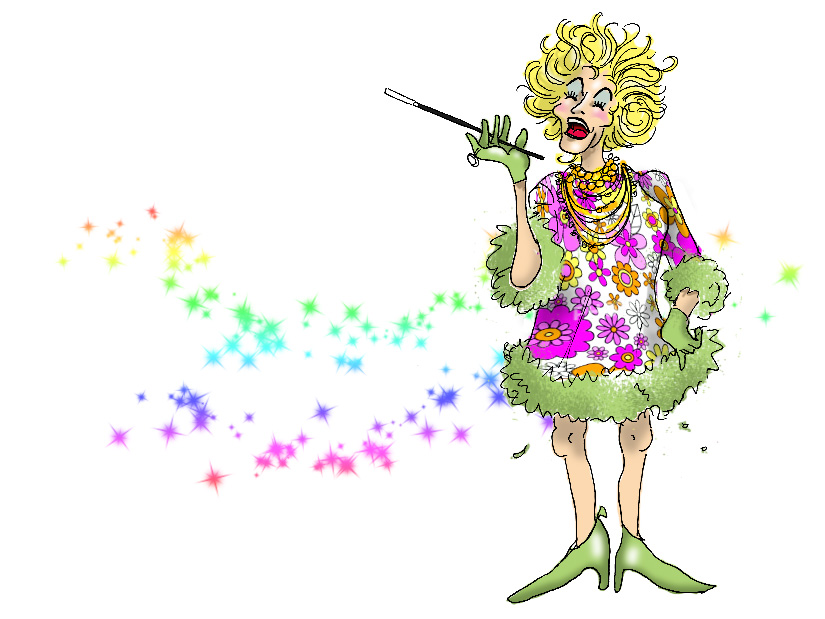 Phyllis Driver had dreams of becoming a concert pianist, but lacked confidence in her talent. Instead, the shy Phyllis became the humor editor of the Bluffton College newspaper. At 22, Phyllis married Sherwood Diller and resigned herself to the dull and expected life of a housewife. She took a job as an advertising copywriter to help support the family, now expanded to six children. After a move to California, Phyllis began working as a secretary at a San Francisco television station, where a pair of local show hosts encouraged her to develop a stand-up act based around the one-liners she had written. Playing upon the trials and tribulations of being a housewife, Phyllis worked out an act and, after much persuasion, was booked at the trendy Purple Onion nightclub. Female comedians were unheard of at the time, but Phyllis appeared for an unprecedented 87 weeks. Her ground-breaking performances opened the doors for women comedians like Joan Rivers and Totie Fields.

Soon, Phyllis took her act on a cross-country tour. Clad in comically outlandish dresses and carrying her trademark fake cigarette holder (Phyllis hated smoking), she hit big with her self-deprecating humor and tales of her home life with her husband, the overbearing, lazy “Fang” (a non-existent character that Phyllis created  based on no one in particular). She caught the attention of such comedic heavyweights as Bob Hope and Lucille Ball. Hope put her in small roles in many of his films and remained a life-long friend. Phyllis made countless TV appearances on variety and talk shows. Off-stage Phyllis remained quiet, shy and reserved, saving her wild and outrageous antics for the on-stage character she created.

After a long, illustrious and fruitful career, Phyllis retired from show business, choosing to spend her final days painting, gardening and — her first love — playing the piano. She passed away in August 2012 at the age of 95 with, according to her son Perry, a smile on her face.