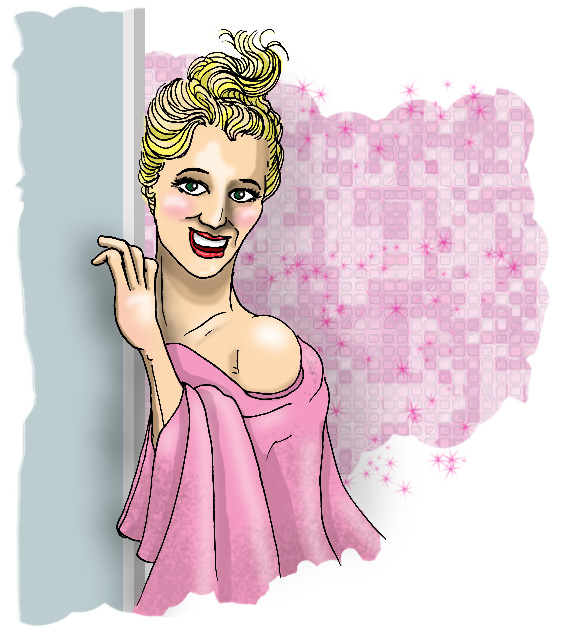 Nineteen-year-old Peggy Knudsen debuted on Broadway in the title role in the popular play My Sister Eileen,  replacing Jo Ann Sayers, in the role she originated. Soon, Peggy headed for Hollywood, appearing in her first film A Stolen Life  opposite Bette Davis. That performance led to her being cast as the icy Mona Mars in the noir  classic The Big Sleep  alongside Humphrey Bogart. Praised by critics, her career seemed to be ready to explode. With her striking good looks, she was even named “”the girl who fills our stockings best,” in a poll by the Hosiery Designers of America. But, her contracted studio, Warner Brothers, couldn’t quite decide what to do with the pretty young actress. As her contemporaries moved on to bigger and better, Peggy was relegated to small roles in B-grade pictures, playing one-dimensional homewreckers and “other woman” types. After 1957’s Istanbul  with Errol Flynn, she called it quits in motion pictures, turning her attention to the upstart medium of television instead.

In the 50s and 60s, she made guest appearances on both comedies and dramas, acting in several installments of Alfred Hitchcock Presents, Perry Mason, Pete & Gladys  and others. However, in 1965, following an episode of The Adventures of Ozzie and Harriet  that served as her swan song,  Peggy retired from acting for good.

Peggy suffered from crippling arthritis for most of her later years. She was in a degenerative state and was cared for by her close friend, Oscar-winning actress Jennifer Jones. After enduring daily pain for nearly fifteen years, Peggy succumbed to cancer in 1980 at age 57.