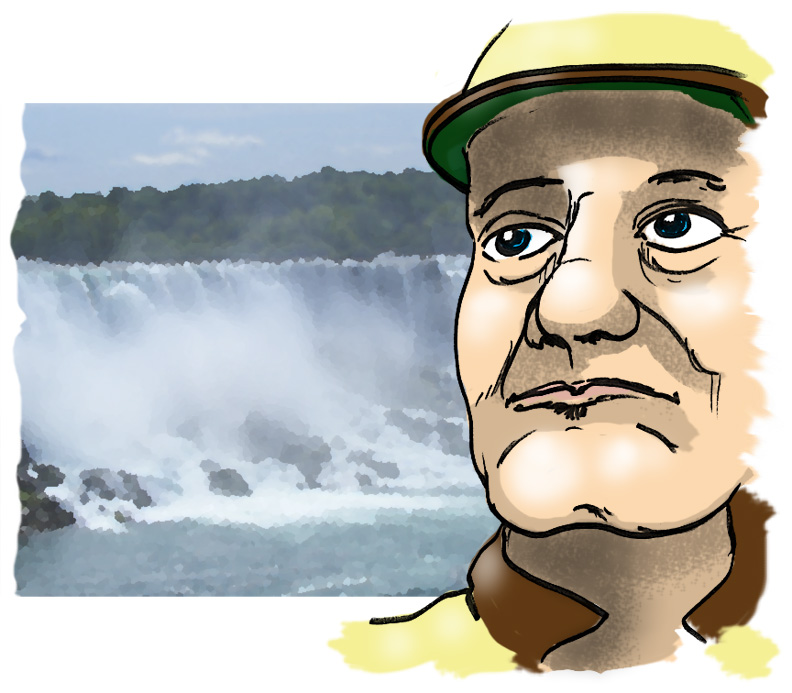 On September 4, 2012, the struggling Philadelphia Phillies dropped another heartbreaking loss – this time to the National League Central-leading Cincinnati Reds. It was during this game that shortstop Jimmy Rollins racked up his 2000th career hit as a member of the Phillies, joining an elite club of only three additional members – each in the Hall of Fame. The leader, with 2,234 hits, is Mike Schmidt, who played eighteen seasons at the “hot corner” for the Fightin’ Phils, helping them to their first World Series title in 1980. Next, with 2,217 hits, is the late Richie Ashburn, a six-time All-Star whose popularity led him to a post-playing career as a Phillies broadcaster for 34 years until his death in 1997. The third name on the list, Ed Delahanty,  is one that may be unfamiliar to even die-hard Phillies fans, but one with the most interesting story.

Ed Delahanty — “Big Ed” as he came to be called — was a true superstar in the early years of professional baseball. His name and statistics were regularly mentioned in the same breath as Ty Cobb and Rogers Hornsby. Ed was a fearsome power hitter, maintaining a .388 average (he batted over .400 three times) and a yearly production of 115 runs batted in. He held the Phillies consecutive games hit record for over hundred years, until he was surpassed again by the aforementioned Rollins. He hit four home runs in one game and went 6-for-6 in a game twice in his career. He is the only player to win the batting title in both leagues, although that stat is still hotly debated.

In 1902 after thirteen seasons with the Phillies, Ed joined the Washington Senators in the fledgling American League. The Senators were terrible and the team’s incompetence greatly affected Ed’s own abilities. He soon turned to liquor and gambling to soothe his unraveling, on-field performance. In July 1903, after another loss, this time 1-0 to the Detroit Tigers, Ed had had enough. He boarded a train in Detroit bound for New York City, with visions of rejoining the National League filling his head. To pass the time on the long train ride, Ed threw back shot after shot of whiskey. He became belligerent and unruly. He pulled a woman out of a sleeper berth by her ankles.  He wielded a razor and began threatening the other passengers. The head conductor stopped the train in Niagara Falls and warned him to calm down or he’d be asked to leave.

Ed, slurring his words, angrily replied, “I don’t care if I’m dead or in Canada.”

True to his word, the conductor kicked Ed off the train. Several minutes later, a drunken Ed Delahanty tried to negotiate the narrow International Railway Bridge into Buffalo, New York. He lost his footing and plunged into the roaring waters below. His body was found a week later at the base of Niagara Falls. Big Ed was 35.