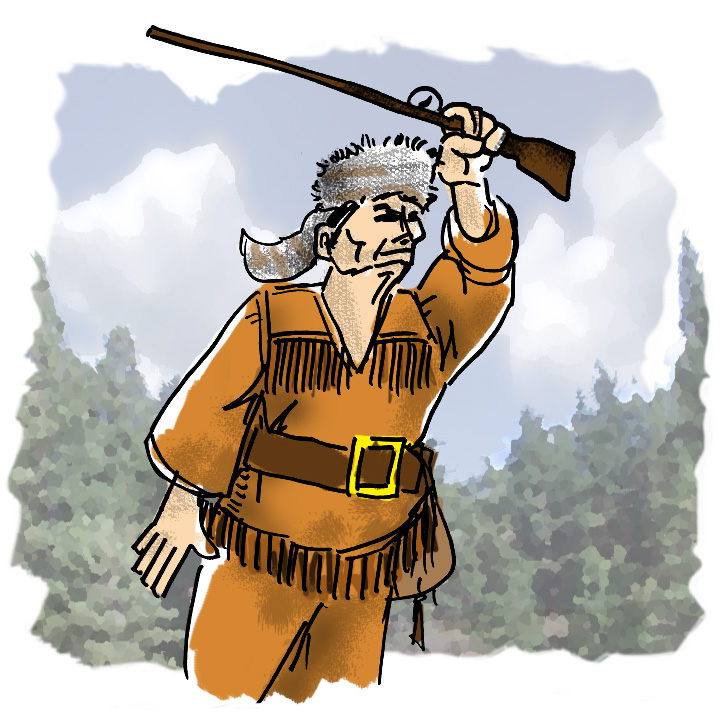 Daniel Boone was a man,
Yes, a big man!
With an eye like an eagle
And as tall as a mountain was he!

Of course, the portrayal of Daniel Boone on the NBC television show that ran from 1964 until 1970 was very inaccurate. It was just actor Fess Parker reprising his popular role as Davy Crockett from the 1950s Walt Disney mini-series. Despite the theme song proclaiming Daniel Boone to be a “big man” in a “coonskin cap”, and the “rippin’est, roarin’est, fightin’est man the frontier ever knew!”, it didn’t really describe the real Daniel Boone well at all.

But it was a great show.