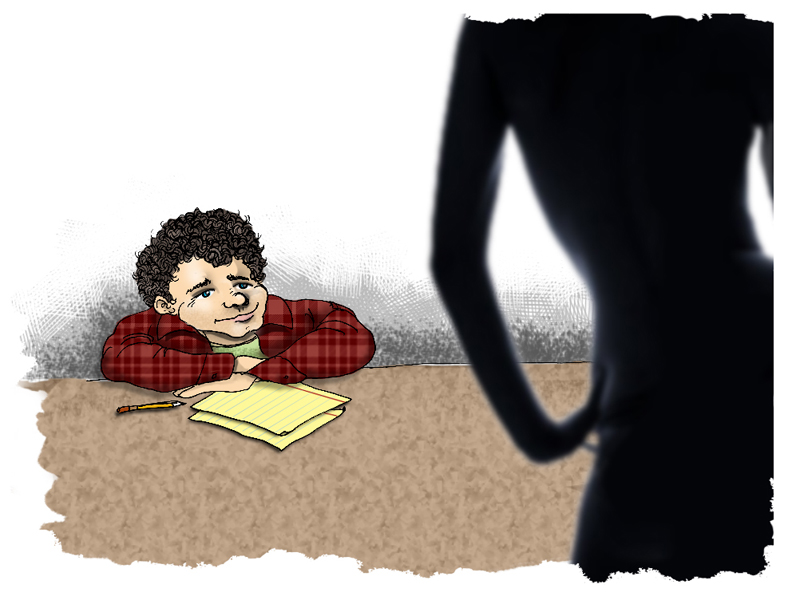 I entered George Washington High School in the Fall of 1975, just a short summer vacation after my older brother, Max, took his diploma and his reputation and headed off to college (as a commuter, but college just the same). Max was smart, athletic, good looking, a very good student and quite popular. I was… um…. an awkward former eighth-grader. It was not unlike the time Tommie Aaron replaced his power-hitting older brother, Hammerin’ Hank, for a brief period in the 1962 Milwaukee Braves lineup.  I’m not saying that my brother’s departure and my arrival had the same significant impact as that baseball  scenario, but there was a vague comparison that could be made. But, I digress.

My first day as a high school freshman was very hectic and a little overwhelming. I had to become accustomed to a huge, confusing maze of hallways and staircases. I needed to familiarize myself with the location of my classrooms, as determined by the computer-printed cardboard roster I was issued while half-asleep in my homeroom. After lunch in a lunchroom that was triple the size of any school cafeteria I’d ever seen, I navigated my way to the last scheduled class of my day — English.

I found an empty desk in the second row and sat down among a roomful of unfamiliar students my own age. As the clock ticked past the appointed class start time, there was still no teacher to lead the assemblage. Suddenly, the classroom door swung open and what appeared to be another student crossed the threshold. However, she approached the large desk at the front of the room and deposited the unruly stack of papers and folders she cradled in her arms on its surface. She was an up-to-date reflection of the “Charlie’s Angels -pre-disco” fashion of the time, wearing a tight-fitting jumpsuit with the full-front zipper undone well below an appropriate level. She had long, dark, feathered hair that fell down her back, cascaded around her shoulders and framed her face – a face that boasted a thousand-megawatt, pearly-white smile. She introduced herself to the class as “Mrs. Shacker” and Mrs. Shacker was pretty fucking hot.

Mrs. Shacker shuffled through the papers on her desk and produced a class attendance sheet from the pile. She took a seat on the edge of the desk, seductively swinging her leg while she took roll. She announced each name in a sensuously low, throaty timbre. Upon declaration of “here”  or “present” or the Philadelphia-centric “yo!”  from the student in question, she made a quick check-mark of confirmation in the proper column on the attendance form. She wended her way to the end of the alphabetical list and when she called out “Pincus”, she stopped — and her previously wide smile widened even more. Her dark eyes scanned the room until she spotted me in the second row, my hand timidly raised in hesitant acknowledgement.

She eased her derriere off the desk and sauntered towards me in languid, deliberate strides. I gulped.

“Are you Max’s brother?,” she cooed, emphasizing my sibling’s name and bringing her face closer to mine.

A dreamy look captured the gaze in her heavy-lidded eyes and she sighed, “Tell him I asked for him.” She turned and started back towards her desk, her hips swaying as though adrift on an ocean. She finished roll call and began the first lesson of the school year. The first English lesson, that is.

At quarter-to-two in the afternoon, classes were dismissed and I headed home. Once through the front door of my house, my mom assailed me with a barrage of “how-was-your-first-day-of-school” questions. I described the vastness of the building, my varied classes and the population of unfamiliar students. I also told her, in the most homogenized, detail-free way possible, about Mrs. Shacker and her message to my brother. Max was in the next room, home for several hours and enjoying the far more leisurely schedule of college. He overheard our discussion and, upon the mention of his name, entered the room to join us.

“Shacker?  That name doesn’t sound famil…” My brother stopped in mid-sentence as a new thought popped into his head. “Oh!,” he remembered. His face lit up and he snapped his fingers, “Blum! She was ‘Blum.’ She got married over the summer.”

My mother rolled her eyes as a memory surfaced. When Max was in his freshman year he was having a bit of difficulty in his high school English class. The problem seemed to be a lack of focus and this was very unusual for my otherwise academically-proficient brother. My mom arranged for a meeting with his teacher, the mono-syllabic “Blum” — as he dismissively referred to her — pronouncing her surname like the sound of a boulder dropping to the ground. One afternoon, long after student dismissal time, my mom entered Blum’s classroom. It was 1972 and Miss Maxine Blum (the future Mrs. Shacker) was dressed in a flowery, nearly see-through blouse, a micro-mini skirt and leather go-go boots and she was four years younger and four years hotter than she was now. “Well,” my mom thought to herself as she gave this pitseleh the once-over, “no wonder a 15-year-old boy can’t pay attention in this class.”

Sometime during my next week of ninth grade, Mrs. Shacker was discussing syllables, a typical subject for a freshman English class. She talked about how some words, even names, pair up nicely — even poetically — based on the same number of syllables in each.

“As an example,”  she began, “If my husband had a single syllable name, people would use my nickname to introduce us. Say my husband’s name was Max,” — and she looked right at me when she said “Max” — “we’d be introduced as ‘Max and Max’ … y’know short for ‘Maxine’.”  Mrs. Shacker slowly strolled among the students seated in the room while giving her lesson. As she finished her sentence, she lightly brushed my shoulder with her hand on her way past my desk.

Several weeks later, just before the long Thanksgiving weekend, Mrs. Shacker announced to the class that she had a visitor earlier in the day. She explained that a famous wrestler stopped by to say “Hello.” Again, she looked right at me as she informed the class that one Max Pincus, a member of Temple University’s wrestling team, had paid a visit. The class expressed their disappointment, hoping that a rousing tale of an encounter with Andre the Giant would follow. But, Mrs. Shacker wasn’t really interested in the class’s reaction. She just winked at me and flashed a smile.

The story of Max’s relationship with Mrs. Shacker continued to unfold through further investigation. After extensive questioning and maybe a little bribery, a few of my brother’s friends seemed to remember an incident at a school dance (perhaps a prom) where Mrs. Shacker (then Miss Blum) cornered Max and planted a pre-graduation kiss square on his lips. A claim of the inclusion of tongue is unsubstantiated and, to this day, still fervently debated.

Mrs. Shacker didn’t make it to my senior year. As a matter of fact, she didn’t return after I advanced to sophomore. She may have transferred to another school, moved to another locale or perhaps, even more likely, she left to give private instruction to a young Mary Kay Letourneau.

The story you have read is true; the names have been changed to protect myself from broken bones.