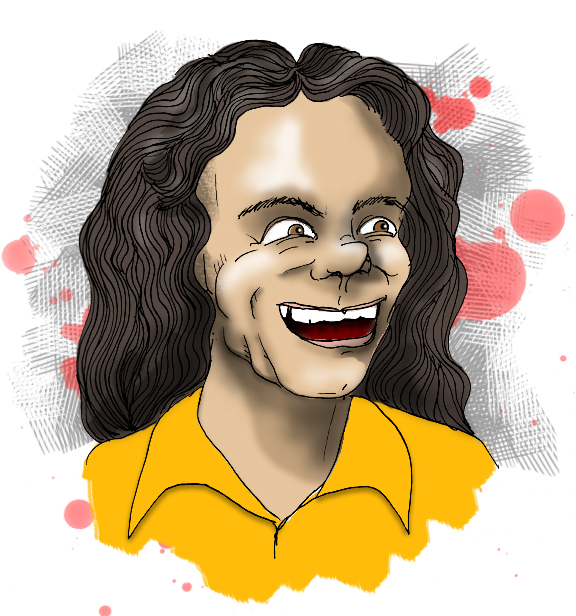 “Bachelor number one is a successful photographer who got his start when his father found him in the darkroom at the age of 13, fully developed. Between takes you might find him skydiving or motorcycling.”
 Host Jim Lange’s introduction of Rodney Alcala on  The Dating Game, 1978

By the time Rodney appeared as “Bachelor Number One” on a 1978 episode of the popular ABC game show The Dating Game, he had already murdered two women in California and most likely two more in New York. But despite being a serial murderer and rapist, he managed to charm the interview staff of The Dating Game enough to allow him an appearance.

On the show, seated next to Jed Mills who described his fellow contestant as “bizarre” and “very strange,” Rodney answered the questions posed by bachelorette Cheryl Bradshaw and eventually was chosen as her date. However, Ms. Bradshaw refused to go through with the date, citing Rodney’s “creepiness” as a deciding factor. In what is believed by analysts to be a reaction to the rejection, Rodney raped and murdered 12-year old Robin Samsoe and at least two other women a short while after his episode aired.

A long investigation finally brought Rodney to trial in 2003. Charged with Samsoe’s murder and four additional killings, he acted as his own attorney, rambling nonsensically in court (in two distinct voices) for nearly five hours. He claimed he was at Knott’s Berry Farm during Samsoe’s abduction. During his closing argument, he played a recording of Arlo Guthrie’s song “Alice’s Restaurant,” pointing out the lyrics in which the protagonist tells a psychiatrist he wants to “kill”. In less than two days’ deliberation, the jury convicted Rodney on five counts of first-degree murder. He is currently on death row at San Quentin Prison, awaiting a series of appeals.

Over the years, various pieces of evidence have surfaced, possibly connecting Rodney to nearly 130 murders.

Perhaps, if Jim Lange’s introduction had been more truthful….