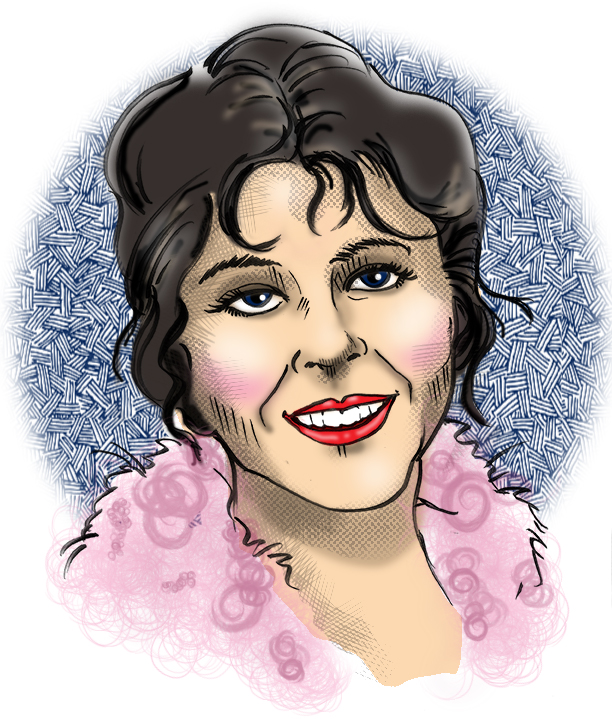 From her first part on the early 60s ABC soap opera The Young Marrieds,  Brenda Benet became an in-demand character actress. She played roles in both top prime-time comedies and dramas in the 1960s and 70s, appearing in Mannix, Love American Style, I Dream of Jeannie, Hogan’s Heroes  and many others. She even landed a part in the popular 1973 action film Walking Tall  with Joe Don Baker and Elizabeth Hartman. In 1967, she married actor Paul Peterson of The Donna Reed Show.  In 1969, she left Peterson for actor Bill Bixby. When her divorce from Peterson was final, she married Bixby in 1971.

Brenda was best known for her role as the devious schemer Lee Dumonde on the daytime soap Days of Our Lives.  The character caused trouble for Brenda, as rabid fans reviled the actress. A storyline had her character cause the breakup of one of the show’s popular couples, Doug and Julie. Fans were outraged and Brenda had a difficult time dealing with the negativity. This led to complaints from fellow cast members regarding her on-set behavior.

Brenda’s life began to crumble around her. She divorced Bill Bixby in 1980.  Their son Christopher died suddenly in 1981 at the age of 7. Brenda was devastated and sunk into depression. She began a romantic relationship with 19-year old Tammy Bruce, who would later become an author, political commentator and frequent contributor to Fox News.

On April 7, 1982, Tammy arrived home to find Brenda locked in a bathroom. Sensing something was wrong, Tammy went to get help. Suddenly, she heard a gunshot and soon discovered Brenda had taken her own life. She was 36.