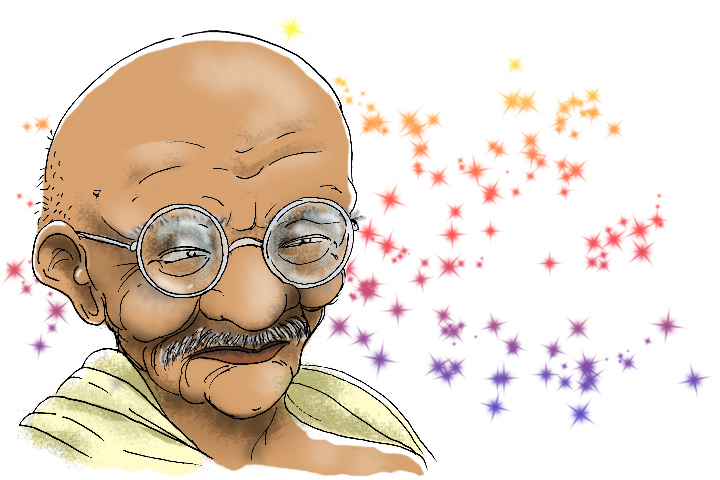 The difference between what we do and what we are capable of doing would suffice to solve most of the world’s problems.  Mohandas Gandhi

Mohandas Gandhi began a law practice in South Africa in the late 1800s, after several failed attempts at establishing a practice in his native India. He initiated his form non-violent protest while fighting for civil right in the expatriate Indian community in South Africa. He returned to India in 1915 and further strove for civil rights for the oppressed lower class. He mounted campaigns for women’s rights, religious equality and freedom, fair treatment of laborers and freedom from foreign domination  all employing his non-violent methods. He successfully rallied Indians against the British-imposed Salt Tax in 1930 and later spearheaded the Quit India movement to expel British rule from India. The effort resulted in the suppression of free speech and the imprisonment of thousands, but the British eventually left India, deciding that its people were “ungovernable”.

Gandhi devoted his life to peace and equality, while stressing its achievement through non-violent means. On January 30, 1948, as he approached the podium to address a prayer meeting, Gandhi was shot and killed by Nathuram Godse, a Hindu extremist.