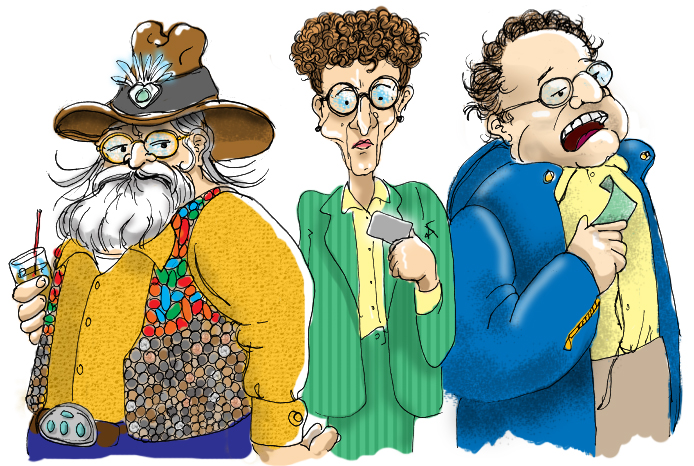 I’ve made it pretty clear that my wife and I visit casinos a lot. Okay… maybe a little more  that “a lot”. The Waterfront Buffet at Harrah’s Resort in Atlantic City is a great place to eat. That fact that it is connected to a casino and, due to my wife’s  shall we say  “affinity” for gambling, we haven’t paid for a meal there in years, makes it all the better. We have experienced the over-the-top glitz of Las Vegas and the faded, slow-paced, middle-of-nowhere desolation of Laughlin (Nevada’s red-headed stepchild) and everything in between. We live within a convenient driving distance to several casinos. There’s Atlantic City, the gaming mecca that has ruled the east coast since 1978. More recently, we have patronized Sugar House (the first and, so far, only casino within the Philadelphia city limits), suburban Parx (the former Philadelphia Race Track) and the Harrah’s location in the blighted hamlet of Chester, Pennsylvania.

I am fascinated by the other people I see at casinos. I usually stand behind my wife as she sits before a glowing slot machine, feeding triple-digit currency into the bill acceptance slot like scrap paper into a shredder. Trying to combat the hypnosis from watching the blurred reels spin, I watch the crowds of people shuffle by. I maintain that the overwhelming majority of guests at a casino look as though the last place they should be is in a casino. Most wander about the rows of slot machines, glassy-eyed and confused, pausing briefly to study the possible money-making options the machines offer. (My wife and I play slot machines exclusively. The house minimums at table games have kept me away since the early 80s.) The age of the average slot player is that of one who has been on a fixed, government-supported income in the many years since their mandatory retirement.

On a recent late Friday evening, Mrs. Pincus and I found ourselves seated at a slot machine based on the Sin City romp The Hangover.  The machine was part of a free-standing island on the casino floor that was coupled with three additional machines of a duplicate theme. My wife and I do our very best to draw little attention to ourselves. If we are winning, it’s no one’s business. Same goes for losing. Other people, it seems, are of a decidedly different line of thought. It seems that television commercials have set a precedent for how to behave at a casino  and that is loud and cartoonishly animated. Add an abundance of free alcohol that crosses the legal limit and you have a very volatile and obnoxious combination. On this particular night, one such example was at the machine on the other side of ours. A woman in her early thirties was screeching and whooping and barely able to stand on her feet. She was not playing and merely observing the progress of the active player. While this woman was staggering and screaming, she was being physically supported by a large man bearing an uncanny resemblance to Santa Claus. He was dressed in jeans and a yellow chamois shirt, but most striking was the vest that he wore. The top half was adorned with a multitude of glistening multicolored stones (not jewels, stones) and the bottom had  what appeared to be  the loose change found beneath a sofa cushion and sewn into individual coin-sized pockets. A large, ten-gallon hat decorated with silver, turquoise and feathers completed the outfit. When Mrs. Pincus and I decided that we had sufficiently won (or lost) enough, we left, but not before I was doused with ice from a cup that the drunk woman lobbed into a trash receptacle. “Oh my God! Oh my God!,” she slurred, “I’m s-s-so sorry!” and she Oh my God -ed me all the way out the door.

The next night, we headed down the Atlantic City Expressway to Harrah’s to enjoy the bountiful buffet and a crack a untold riches. We stopped by the Total Rewards desk, the customer service area for members of Harrah’s “frequent gamblers” club, to pick up vouchers for a future promotion. The free Total Rewards membership is offered in four levels: Gold, Platinum, Diamond and Seven Stars. Upon entry to Total Rewards, members are placed at the Gold level. As frequency of gambling is increased, tracked and proven, membership level is raised. My wife is currently at the Diamond level. As we stood in the queue line awaiting our turn with a representative, we quietly chatted about some non-casino related subject. Suddenly the woman in front of us spun around to face us and began loudly criticizing the qualifying criteria of admittance to the Seven Stars level. She angrily voiced her opinion to us for several minutes as we stood in silence. Then, just as abruptly and unprovoked, she snapped around on her heels and approached the next available agent. My wife and I stared blankly at each other, trying to remember if we asked for her views and then blacked out.

Once in the queue at the Waterfront Buffet, Mrs. Pincus rifled through her purse to locate a coupon that offered free dining (and that was possibly expired). The line slowly made its way to the cashier counter when a young man immediately in front of us rudely interupted our conversation.

“What?'”, my wife replied and I whispered: “Do you know him?” She shrugged in the negative.

He fidgeted in his ill-fitting overcoat, ran his hand through his uncombed hair and repeated, “You got any coupons?”

“No.,” Mrs. Pincus answered. By this time, our meddler had been called on to step up to the cashier. He produced a creased paper from his pocket and asked the clerk, “Do you take coupons from Caesar’s ? (another casino, but part of the Harrah’s family)”.

“If you’d like to eat here, yes.,” she answered without a crack in her expression.

We approached another cashier, one we knew from many previous visits. My wife made small talk and the cashier tossed our coupon to one side without looking at it. She wrote out a table card and, with a smile, directed us to the hostess. The young man, struggling to situate his wallet back into his baggy pants pocket, pushed his way in front of us. The hostess led our “party of two” and his “party of one” through the massive dining room. On our journey, he stopped and pointed to several empty tables, inquiring, “Can I sit here?  Can I sit there? ” until he was eventually seated in a remote corner away from other diners. The hostess figured him out immediately. We caught glimpses of him during our meal, as he bothered an exasperated waitress for dinnertime conversation in which she had no interest.

Mrs. Pincus and I finished our dessert and walked to the casino to encounter characters that will make it into a future blog post.