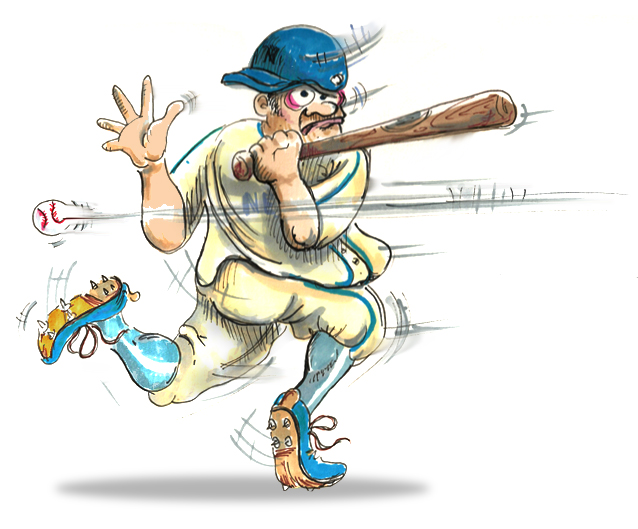 For as long as he could remember, Tommy Lasorda, the longest tenured employee with the Dodgers organization, including twenty years as team manager, loved baseball. Growing up in a poor family in Norristown, Pennsylvania, Tommy could never afford to attend to a real Major League baseball game. When he was fifteen, Tommy joined his high school’s student crossing guard squad, but he had an ulterior motive. Tommy knew that at the end of the school year, the nuns would take the crossing guards to a Phillies game in neighboring Philadelphia in appreciation of service.

On the big day, the Phillies were playing the New York Giants and an excited Tommy Lasorda was beside himself with joy. After the game, he waited patiently by the clubhouse access tunnel at Shibe Park hoping to actually meet one of the ballplayers. One of the Giants outfielder lumbered past the star-struck youngster. “Can I get an autograph, please?”, asked Tommy. The player, Buster Maynard, riding high on the best season of what would be a short career, glanced at Tommy and barked, “Get the hell outta my way!” Tommy checked his line-up card to identify the player by uniform number as he walked into the opposing team locker room. Tommy was crushed and humiliated.

Seven years later, Tommy Lasorda, now a twenty-two year-old pitcher for the Brooklyn Dodgers’ minor league team in North Carolina, was on the mound facing the Single A division Augusta Yankees. He quickly struck out the first two batters of the inning, when he was frozen by the name being announced over the small ballpark’s public address system. Lasorda narrowed his eyes and watched as Buster Maynard  now an aging bench-warmer hoping for one last shot at reviving his career  ambled out of the dugout and approached the plate. The old man took a few creaky practice swings and stepped into the batter’s box. Lasorda silently fumed and went into his wind-up. He let the ball fly, rocketing just inches from Maynard’s chin and twirling the old man around in an effort to dodge the leather-clad projectile. Maynard took off his cap, scratched his head and peered across the field at the pitcher. Lasorda shot another head-high bullet at Maynard, this time forcing the elder player to hit the dirt in order to avoid getting some unrequested rhinoplasty. The third pitch from Lasorda wasn’t so forgiving. Maynard took one in the ribs and was awarded first base for his trouble.

After the game, the fading big-leaguer caught up with the young pitcher. “Hey kid,” Maynard began,”What the hell? Why were you throwing at me? I don’t even know  you?”

Lasorda answered, “When I was a kid, I asked you for an autograph and you pushed me aside, you lousy son-of-a-bitch!” Maynard was dumbfounded and he shook his head in disbelief as Lasorda walked away.

During his years as a Major League manager, Tommy Lasorda always reminded his players to happily sign autographs, adding “Because you never know if, one day, one of those kids’ll knock you on your ass!”