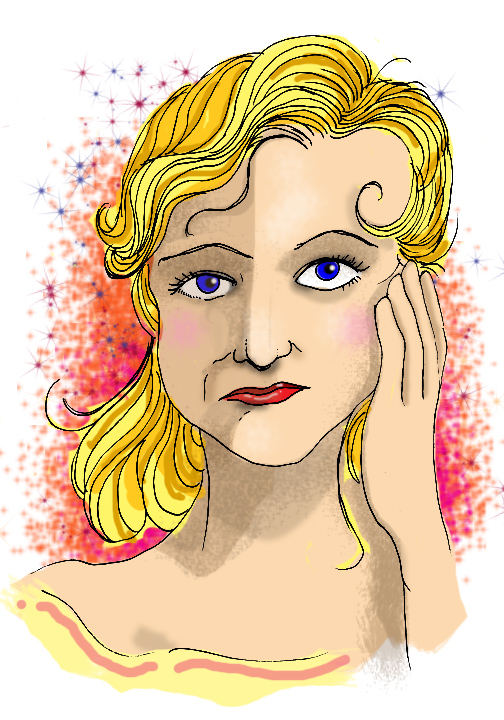 E. Mason Hopper, a prolific director of the silent film era, saw young Edwina Booth in a stage production and was taken by her performance. He offered the actress a small role in an upcoming film starring Marie Prevost. Impressed with Edwina’s ability, MGM cast her in the studio’s new big-budget jungle adventure Trader Horn.  The cast and crew were sent on location to East Africa. Trader Horn  (1931) was the first major motion picture to be shot in Africa. (Prior efforts were small travelogue films.) MGM hoped the realism of a location shoot would increase the film’s appeal and success.

The production of Trader Horn  was plagued with difficulty. The crew was poorly prepared and poorly equipped to film in Africa. MGM decided, at the last minute, to film with sound. Edwina’s role as “The White Goddess” required her to perform in a skimpy, next-to-nothing, costume. During the long working hours and extended production time, she was overcome by the jungle heat and unfamiliar insects. Edwina contracted malaria and was out of commission (and the movie business) for six years while she recovered. She sued MGM, claiming she was provided with inadequate clothing, inadequate shelter and forced to sunbathe in the nude. Her lawsuit asked for one million dollars. Fortunately for MGM, Trader Horn  was a success. Unfortunately for Edwina, she settled for a reported $35,000.

When Edwina was ready to re-enter show business, the reputation of her lawsuit preceded her and no studio wanted her services. She managed to make two very low-budget adventure serials that met with little fanfare and little success. When Trader Horn  was re-released in 1938, Edwina Booth was a forgotten name. She completely withdrew from the public eye and became very active in The Church of Jesus Christ of Latter-day Saints, although she received fan mail for the rest of her life. After years of false rumors about her death, Edwina passed away quietly and in obscurity in 1991 at the age of 86.