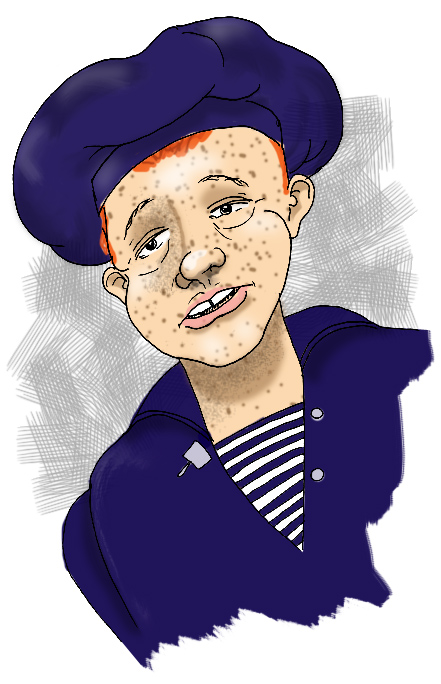 Ten-year old Jay R. Smith made his debut as part of the “Our Gang” comedy group in Boys Will Be Joys  in 1925. He was brought on by Hal Roach as a replacement for the popular Mickey Daniels. Freckle-faced Jay stuck with Roach Studios for five years, appearing in over thirty short films, until he called it quits from the movie business in 1929.

As a young man, he served his country in World War II. After the war, he moved to Hawaii and started a retail paint business from which he enjoyed great success. In the 1990s, Jay retired to Las Vegas. He regularly traveled to California where he was a frequent guest at the Hollywood Collector Show, where he met fans and signed autographs. He said “Looking back, [filming “Our Gang”] was a very pleasant time in my life, and as I grow older, it gets more valuable.”

In 2002, Jay befriended Charles “Wayne” Crombie, a homeless man. Crombie performed odd jobs around Jay’s home in exchange for the use of a shed to sleep in. On October 5, 2002, Jay’s body was found in the desert, 25 miles north of Las Vegas. He was a victim of robbery and had died of a result of multiple stab wounds. Crombie was eventually tried and convicted of Jay’s murder and sentenced to two consecutive life terms. Crombie died in prison on July 17, 2014.