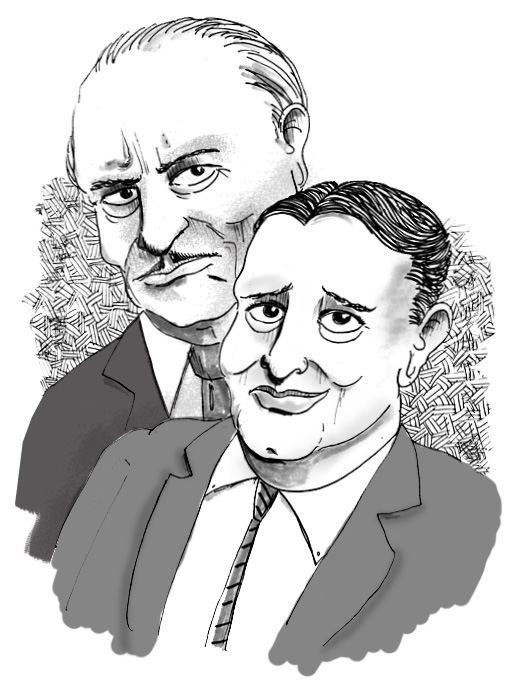 Bud Jamison has the dubious distinction of delivering the first “eye poke” in a Three Stooges short. It was in 1934’s Woman Haters  and he applied the move to Moe, Larry and Curly in succession. Bud also recited his lines in that short in verse. He went on to be a staple supporting player in hundreds of Stooges shorts playing policemen, judges, servants, crooks – whatever was required. He liked to entertain the crew with his beautiful tenor singing voice, which was featured in only a handful of the comedy two-reelers. In addition to The Three Stooges, Bud appeared alongside Charlie Chaplin, Abbott and Costello, Buster Keaton and Zasu Pitts. He was also a reliable stock player for producers Mack “Keystone Kops” Sennett and Hal “Our Gang” Roach.

Bud was a diabetic and a devout Christian Scientist. It is believed that, because of his religious beliefs, he refused medication for an infection that had become gangrenous. Shortly after wrapping on the musical comedy Nob Hill  in 1944, Bud succumbed to a heart attack brought on by the infection. He was 50 years old.

After great success with Mack Sennett in the 1920s, Vernon Dent joined Columbia Pictures in their short subject department in 1935. He appeared in more Three Stooges shorts than any other supporting actor. Vernon, playing any number of exasperated authority figures, worked as the perfect foil for the Stooges outlandish antics. During his years at Columbia, Vernon became very close friends with Shemp Howard, as well as his brothers Moe and Jerry (Curly) and Larry Fine. Moe often spoke glowingly about the barbershop singing he’d perform with Vernon and Bud Jamison on movie sets.

Vernon was also a diabetic and as the years went on, the disease took its toll. Vernon has become completely blind by the 1950s. His condition, however, did not interrupt his acting career. He would often deliver his lines seated at a table or standing in a stationary position. In 1955, Vernon attended the funeral of his friend and co-star Shemp Howard. Fellow character actor Emil Sitka, a veteran of countless Stooges shorts himself, recalled Vernon being led into the ceremony. “He was staring straight ahead,” related Sitka, “and was told ‘This is Shemp.’ by his guide, who then placed Vernon’s hand on Shemp’s. It was then I realized that Vernon was blind. I had worked with him and never knew it.”

After over 400 film appearances, Vernon finally retired from show business due to declining health. He died of a heart attack in 1963 at the age of 68.