The Illustration Friday word of inspiration this week in “influence”. 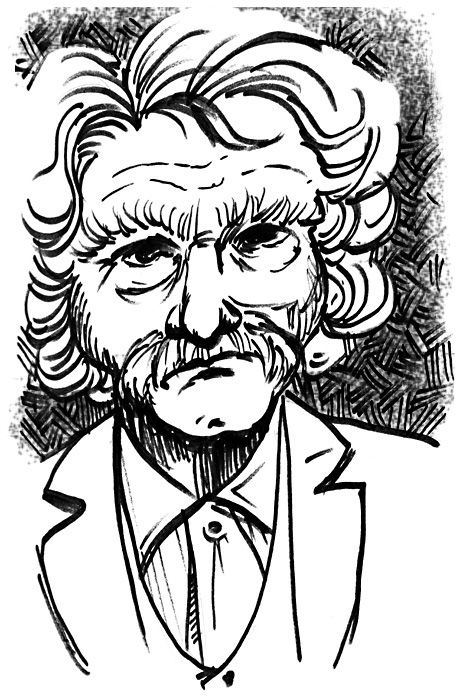 “Clothes make the man. Naked people have little or no influence on society.”

The man who said that began his celebrated literary career as a printer, then on to the unlikely path of master riverboat pilot on the Mississippi. After a short and failed attempt at gold mining, he became a reporter. During his time as a reporter, he wrote the humorous story The Celebrated Jumping Frog of Calaveras County.  The tale enjoyed widespread popularity and Samuel Clemens was on his way to becoming one of the greatest names in American literature. He adopted his nome de plume  while working on the riverboats. When a boat was about to enter water depths of two fathoms – safe for passage -the riverboatman would call “Mark Twain” signalling the mark of fathoms and twain for two.

Although he was a successful novelist and public speaker, gaining praise from peers and critics alike, he was a poor manager of money and an unwise investor. He eventually filed for bankruptcy. Later in life, he overcame his financial difficulty and paid his creditors, even-though his bankruptcy relieved him of that responsibility.

Mark Twain was born in 1835. For his entire life, he remarked that he came into the world in the year of Halley’s Comet and he would go out with it. He once said: “The Almighty has said, no doubt: ‘Now here are these two unaccountable freaks; they came in together, they must go out together.’” On April 21, 1910, he died of a heart attack, one day after Halley’s Comet reached it’s closest proximity to Earth since Mark Twain’s birth. He is buried in Elmyra, New York, under a headstone that measures twelve feet – two fathoms.