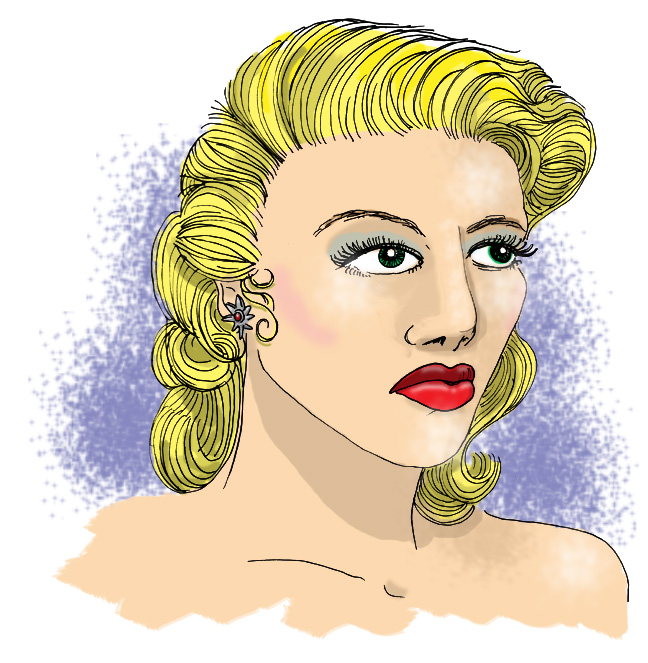 In 1947, twenty-year old Virginia-born Peggie Blair was eating at a Beverly Hills restaurant when her striking good looks caught the attention of a talent scout. She began her whirlwind career in Hollywood, using the stage name “Peggie Castle” and started off appearing in a slew of uncredited roles. Peggie was perpetually cast as b-girls, gun molls and other unsavory characters. Her breakout role as the murderous Charlotte Manning in the big screen version of Mickey Spillane’s I, The Jury in 1953, didn’t stray from her usual typecast.

In the 50’s, Peggie found work in television Westerns and landed a regular stint on Lawman as saloon owner Lily Merrill. The show lasted four seasons and she received a star on Hollywood’s Walk of Fame for her contributions to television. In 1964, she retired from acting, now married to her third husband, director/producer William McGarry.

Not content with her life and fleeting fame, Peggie found comfort in alcohol and her use and abuse of it increased. She died of cirrhosis of the liver in a small apartment on Hollywood Boulevard. She was 45 years old.