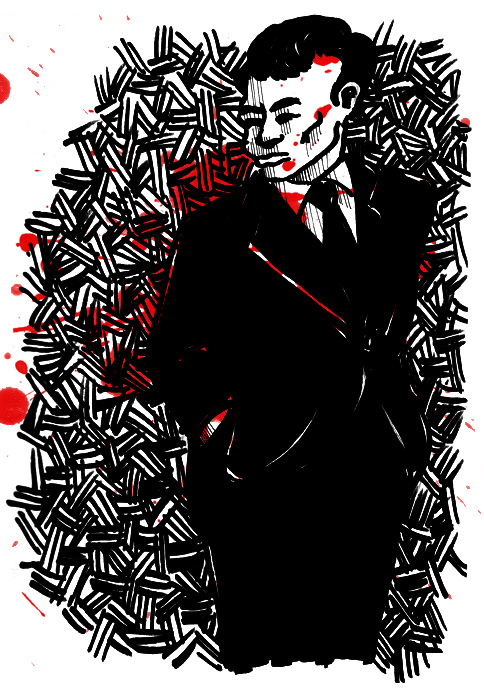 Charles McGraw made a career as a B-move leading man. With his hulking build, gravelly voice and craggy looks, he starred as countless military men and law enforcement officers, and the occasional gangster, in over 140 movies and television shows from the early 40s until the mid-70s. Although mostly cast in film noir,  he played Marcellus the gladiator trainer in Spartacus  in 1960, a gruff fisherman in Hitchcock’s The Birds  in 1963 and took a deadpan comedic turn as Spencer Tracy’s assisting officer in the all-star It’s A Mad Mad Mad Mad World  in 1966. Charles also attempted to fill Humphrey Bogart’s shoes in a television series based on the 1942 classic Casablanca. The show lasted ten episodes.

In 1980, 66 year-old Charles died when he slipped in his shower and crashed through the glass shower door. He had bled to death by the time he was discovered.