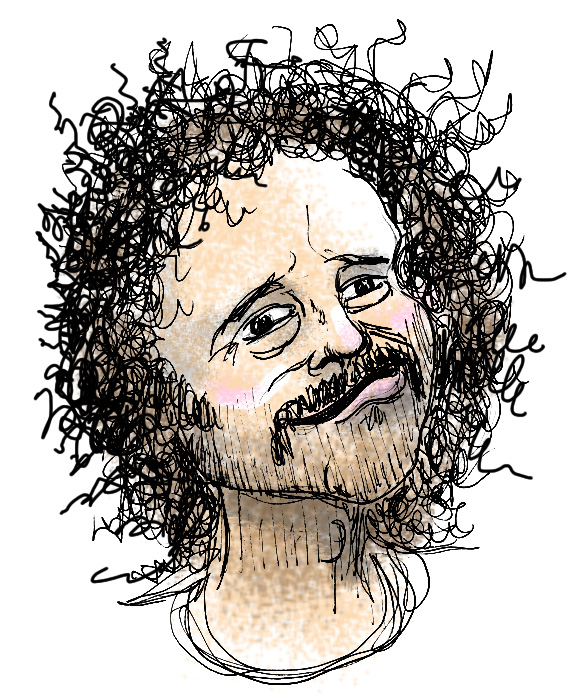 At 16 years old, Larry Fischer was institutionalized for attacking his mother with a knife. He was diagnosed with severe paranoid schizophrenia and manic depression (now known as bipolar disorder). After his release from a mental hospital in his late teens, Larry lived on the streets of Los Angeles. He became a street performer serenading passersby on the Sunset Strip for handouts. His earnest, though offbeat, songs brought him a cult following. He caught the attention of musician Frank Zappa and was signed to Zappa’s fledgling Bizarre Records. Larry, now tagged with the fitting moniker “Wild Man Fischer”, opened concerts for diverse headliners like Alice Cooper, Solomon Burke and The Byrds. His song “My Name is Larry” became a staple on the popular Dr. Demento show in the 70s.

Larry had a falling out with his one-time close friend Frank Zappa. According to Zappa’s widow Gail, Larry threw a glass jar at Zappa’s daughter Moon Unit for no apparent reason. This incident prompted Zappa to stop releasing Larry’s albums. Larry was back on the streets until his song “Go to Rhino Records” created interest in the small Hollywood store and record label. Larry released three albums for Rhino and is credited for putting the eclectic company on the map. Larry collaborated with an odd assortment of singers, including Devo’s Mark Mothersbaugh, comedy duo Barnes & Barnes (of “Fish Heads” fame) and even Rosemary Clooney.

Since 2004, Larry had been living in an assisted-living facility for mentally-ill patients and was on medication for his paranoia. He passed away on June 16, 2011 from a heart ailment at the age of 66.