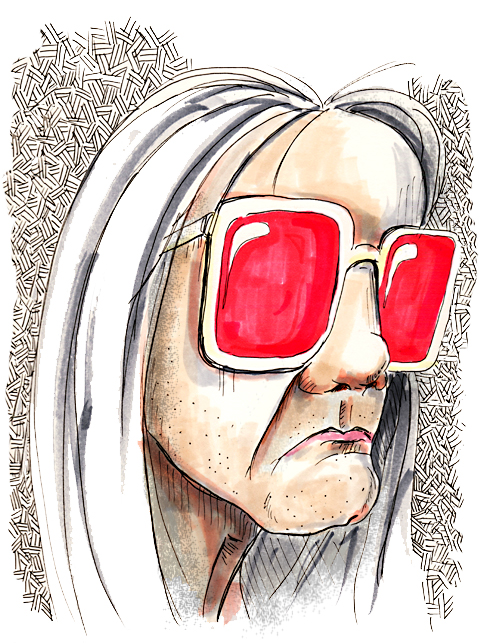 Gus Dudgeon worked his way from tea boy to sound engineer at Decca Records in the middle 1960s, where he worked on The Zombies hit “She’s Not There” and John Mayall’s Blues Breakers with Eric Clapton. By the end of the 60s, he produced albums by Ten Years After, The Bonzo Dog Band and a single called “Space Oddity” by a then-unknown David Bowie.

Gus left Decca and formed his own company. It was around this time he began his long collaboration with Elton John that started with “Your Song” in 1970. As Elton John’s populatrity increased, Gus was given free reign over the production of his albums. After recording sessions had ended, John and his band would exit the studio and leave Gus to “work his magic” alone at the controls. Gus was very critical of John’s work, calling his popular 1974 album Caribou  “a piece of crap”. After a long run of successes, Gus parted ways with John, although they reunited in the 80s for three more albums. Branching out, Gus worked with a variety of other performers like The Moody Blues, Joan Armatrading, Fairport Convention, The Beach Boys, XTC and Elton John protege Kiki Dee..

Gus is credited in The Guinness Book of World Records  for the first recorded use of “sampling”, for his inclusion of African tribal drumming in his 1971 recording of John Kongos’ “He’s Gonna Step On You Again”.

In July 2002, while driving home from a party with his wife Sheila, Gus fell asleep at the wheel and drove off an embankment at high speed. The car crashed in a ditch where he and his wife drowned. Gus was 59.