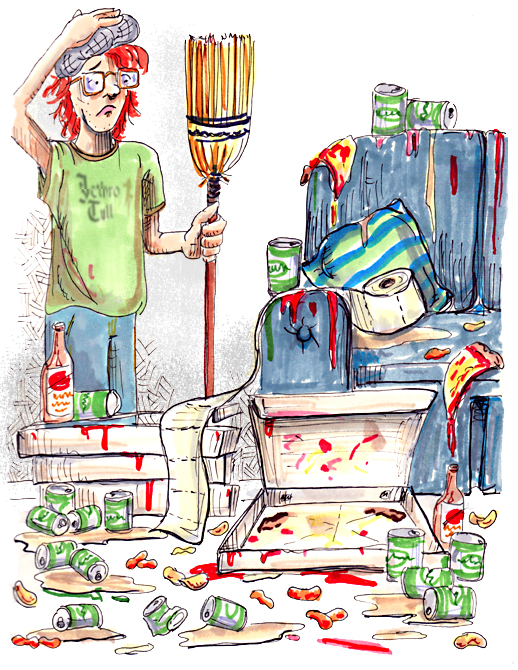 My father’s low tolerance for other humans kept my parent’s accumulation of friends to a minimum. There was one couple with which my parents maintained a close relationship and that was Jack and Myrna. They’d go out to dinner regularly. They’d visit each others homes, sometimes including a few other couples so the men could play low stakes poker while the wives played Mah Jongg and gossipped. But mostly, my parents stuck with Myrna and Jack, until Jack’s untimely death.

Every March, my parents would take a lengthy weekend vacation to the Nevele Resort in the Catskill Mountains, affectionately known as “the Jewish Alps.” Nevele was a real-life version of the type of resort depicted in the film Dirty Dancing.  A sprawling conglomeration of buildings that housed guest rooms, ballrooms, dining rooms, banquet rooms and showrooms  all surrounding a grassy common area with pools, playgrounds, tennis and basketballs courts, running tracks and a wide variety of benches just for “a little sit down, farshtaist?” The main activity for guests at Nevele (or any of the many Catskill resorts) was eating, followed a close second, by eating. In addition to a room and nightly shows, your stay included three meals a day – meals that would put the Roman bacchanalia to shame. If there’s one thing Jews love (besides getting their way and talking on top of other people’s conversations), it’s eating. The food for breakfast was abundant with a huge array of offerings. The wait staff would happily bring as many different dishes and as much of them as any guest desired. And after the early morning gorging ended, the dining room would refill within ninety minutes to start the process again for lunchtime. Dinners, too, were a repeat performance as guests eagerly sampled separate platters overflowing with roast beef and roast chicken – side-by-side at their place setting. After dinner, the overstuffed patrons would slowly waddle over to the showroom and fart their way through a schticky comedian and a female singer doing her best Barbra Streisand impersonation. My parents and their friends looked forward to four days of this each Spring. God bless ’em.

When my brother and I were past the age where the services of a babysitter was required, we looked forward to that weekend in March as well. One particular March, as my parents made their annual getaway plans, my brother and I had plans of our own. Early on Thursday morning, Jack and Myrna pulled their car up in front of our house. Jack, a jovial and kind-hearted but simple-minded guy, bounded out of the passenger seat to show my father the surplus of X-rated novelties he had stocked up on for the trip. Jack was so excited to pass out cigarette lighters in the shape of penises and fake dollar bills with a scene of fellatio in place of George Washington’s picture to a group of strangers at Nevele. (In the middle 1970s, this was, evidently, funny.) Myrna and Jack loaded their luggage alongside my parents’ bags in my Dad’s trunk. With goodbye waves and a couple of honks from the horn, the couples were off. That was the cue for my brother and I to set our plans into motion. I headed to school and announced a weekend party at my house to everyone who looked in my direction. My brother, now in college, did the same among his friends. On Saturday night, our house was overflowing with teens and beer and potato chips and pizza and music. Surprisingly, my high school friends and my brother’s older college pals got along swimmingly. I suppose enough alcohol will bridge any age gap. The party raged on until the small hours of the morning.

After just a few brief moments of sleep, my brother and I slowly woke and were greeted by the aftermath of the previous evening’s revelry. Our house was littered with beer cans, spills, pizza crusts, empty cups, the crumbs of various foodstuffs and several items that, to this day, remain unidentified. My brother silently went for the vacuum cleaner and I went to the kitchen cabinet for trash bags. Fighting through hangovers, we swept and vacuumed and scrubbed  slowly, but efficiently. I tossed mounds of cans and cups into the trash. My brother picked each and every food particle out of the living room carpet. We straightened the furniture, realigned pictures on the walls and shook out area rugs. We even plucked a few stray bottles out of the azalea bush on our front lawn. Finally, we stood back and admired our work. Then, we collapsed on the sofa and tried to act innocent until our parents arrived home.

Eventually, my dad’s car pulled into the driveway. Jack and Myrna grabbed their bags and said their goodbyes. My mom came into the house first as my dad lagged behind with their luggage. Three steps into the living room, my mother surveyed the surroundings, squinted her eyes and said, “You had a party, didn’t you?”

My brother and I answered, “What are you talking about?,” putting on our best “what-are-you-talking-about” faces.

“This place is too spotless. I know damn well you didn’t spend the weekend cleaning.” my mother keenly surmised.,

Word of advice: You can’t get anything past your mother. So, don’t even try.