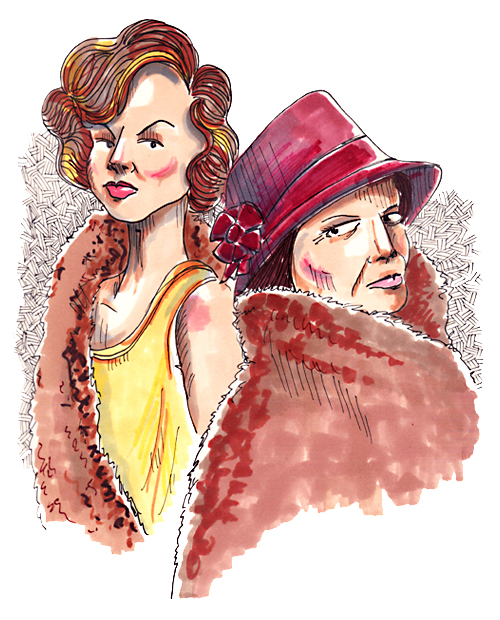 US presidents. What a bunch of fuckers. Literally. A larger collective of men who can’t keep it in their pants never existed. Take a look at this list:

By looks alone, the most unlikely adulterer was 29th President Warren G. Harding. Historians rank Harding’s presidency as one of the worst in the country’s history. Scandals and corruption abounded in his administration, including his mishandling of the Great Railroad Workers Strike of 1922 and the notorious Teapot Dome Scandal that was tagged the most “sensational scandal in the history of American politics” until Watergate. A member of his cabinet and several of his appointees were convicted, and sent to prison for bribery and defrauding the federal government. But, none of this mattered to amourous President Harding, ’cause he was fighting the women off with a stick.

In 1912, sixteen year-old Nan Britton became infatuated with 47 year-old, married Warren Harding. Young Nan plastered the walls of her room with newspaper clippings and photos of the former Ohio Lieutenant Governor. Harding, a friend of Nan’s father, spoke with the girl, telling her that she would one day meet the man of her dreams. Harding, meanwhile was in the throes of a passionate tryst with Carrie Phillips, wife of James Phillips, owner of a prominent Ohio department store. As Harding’s bid for the US Presidency gathered steam, Carrie was given a new Cadillac, $20,000 and trip around the world to keep her mouth shut.

In June 1923, Harding set out on a cross-country “Voyage of Understanding” pubilicity tour to reconnect with the people. By the time he reached San Francisco in August, he was suffering from exhaustion and pneumonia. During a conversation with his wife at the Palace Hotel, Harding suddenly shuddered and died. In 1927, Nan Britton published what is considered to be the first “kiss-and-tell” book. She attested that, on numerous occasions, she and Harding had sex in a White House closet and that he was the father of her daughter Elizabeth. She also claimed the President’s life was a series of “cheap sex episodes”. 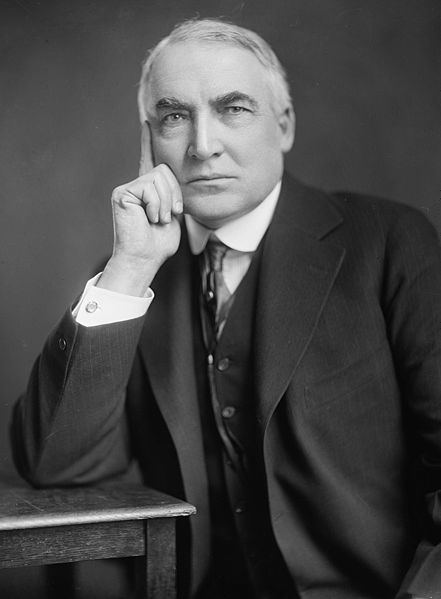