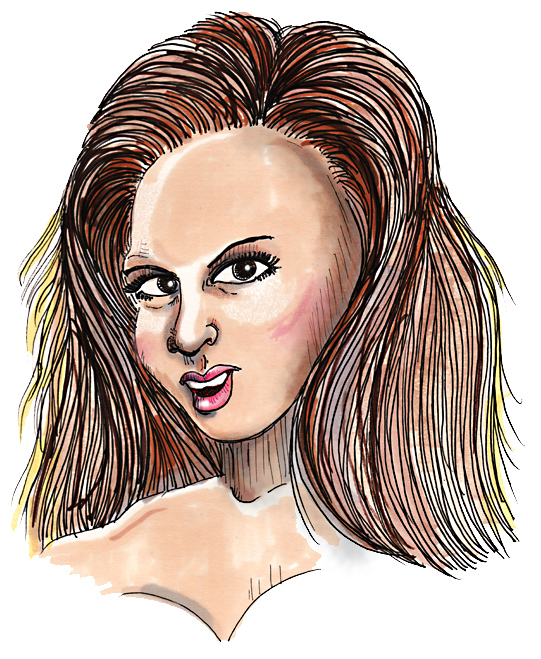 Karen Bach had just finished studying communications and business when she married a DJ from her native Lyon, France. At her husband’s insistence, she began appearing in adult films in an effort to help alleviate the couple’s debts. Using the name “Karen Lancaume” (a play on the renowned French cosmetic company), she made over 40 adult films in France and Germany. Hoping to make the difficult crossover into the mainstream movie industry, she was cast in the controversial 2000 release Baise-moi.  The film was described as a pornographic Thelma and Louise and was promptly banned by the French government. Baise-moi,  with its graphic depiction of violence and unsimulated sex, became a staple on the independent film festival circuit.

Failing to be recognized as a legitimate actress, Karen retired from the film industry altogether in 2002 and disappeared from the public eye. In 2005, one week after her 32nd birthday, Karen committed suicide with an overdose of sleeping pills. She left a note that simply read, “Too painful.”