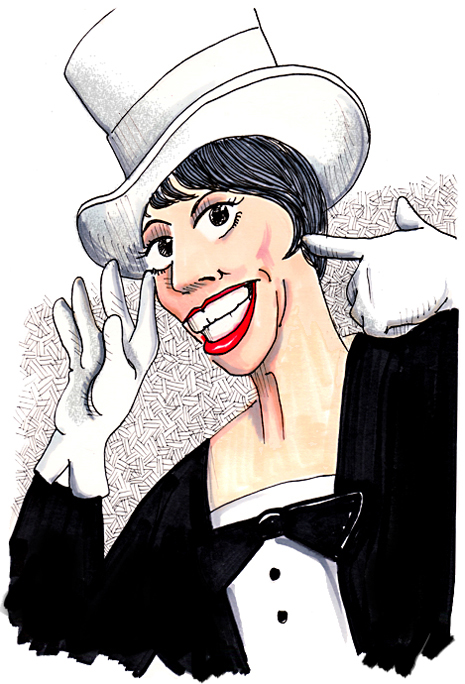 After meeting while filming the Sid and Marty Krofft special Fol-de-Rol  in 1972, tap dancer Lorene Yarnell married mime Robert Shields in a flamboyant, but silent ceremony in San Francisco’s Union Square. Soon, the duo were cast as regular performers on The Mac Davis Show  and later, The Sonny and Cher Comedy Hour.  They performed their blend of dance, mime and slapstick humor on hundreds of television and live shows, prompting CBS to give them their own variety show in 1977. The show was a popular summer series, although it was dropped in early 1978 when rival ABC ran Laverne & Shirley  as competition in the same time slot. Lorene Yarnell and her husband appeared before two presidents and Queen Elizabeth, on Broadway (albeit unsuccessfully) and a tour of China with Bob Hope. They headlined in Las Vegas, Reno and Atlantic City. The couple eventually divorced in 1986, but continued to work together until 2009. Playing off of Mrs. Clinker, the robotic character she developed on the variety show, Lorene appeared in the identity-hiding costume of Dot Matrix in Mel Brooks’ 1987 sci-fi send-up Spaceballs, with comedian Joan Rivers providing the voice.

Married to her fourth husband, Bjorn Jansson, Lorene moved to his native Norway where she owned and operated a dance studio. She returned to her first love and taught tap and jazz. The dancer, whose skills Gene Kelly once called “flawless”, lived in virtual anonymity among her students.

On July 29, 2010, while watching television at home with her husband, Lorene died when a previously undetected cerebral aneurysm ruptured. She was 66.