This week’s Monday Artday challenge word is “villain.”  Here is the second of two illustrations for this suggestion. (Here is the first.) 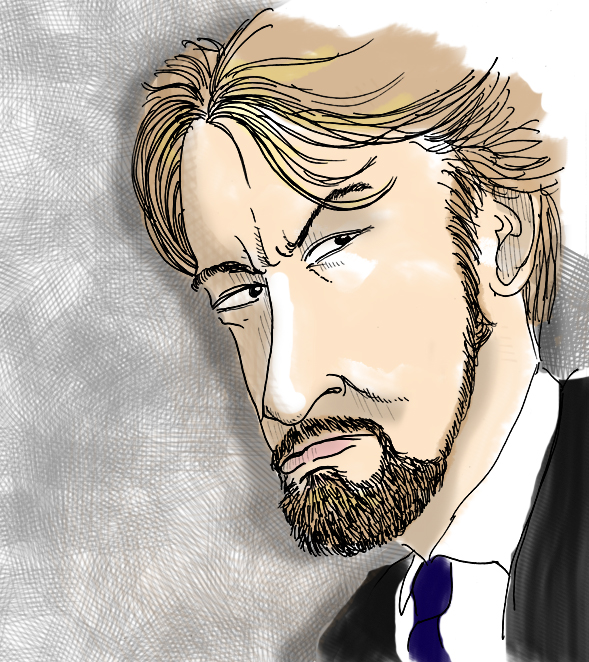 One of the slimiest, shiftiest villains to ever grace the silver screen was the despicable Hans Guber, as portrayed by Alan Rickman, in the original “Die Hard”.

Under the guise of a group of international terrorists, the cold and ruthless Hans and his cohorts merely wish to steal 640 million dollars in bearer bonds from the vault of the Nakatomi Building in Los Angeles. Their plans are eventually thwarted by visiting New York City cop, resourceful John McClane, the self-proclaimed “fly in the ointment; monkey in the wrench”.

“Die Hard” is actually based on the 1979 novel “Nothing Lasts Forever” by Roderick Thorp. The book, itself a sequel to Thorp’s novel “The Detective” (filmed in 1968 with star Frank Sinatra), was adapted for the action film with several alterations, most notably the inclusion of the Hans Gruber character, who did not originally appear.