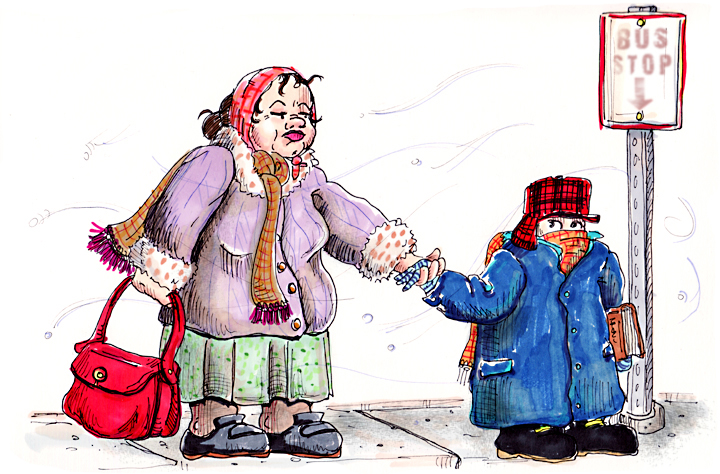 In the nearly thirty years that I have known my father-in-law, he has told me this joke countless times. Whenever a piece of conversation triggers something in his memory that reminds him that this joke would be an appropriate anecdote, he delivers it as though it was the first time anyone has ever heard it. Of course, it is best told in a stereotypical Yiddish accent, which my father-in-law masterfully parrots.

A teacher calls on a little boy in a classroom and asks him to use the words “commercial” and “cultivate” in a sentence. Herschel, the offspring of Russian Jewish immigrant parents, stands up proudly, clears his throat, and announces to the teacher “Vun day, ven I vas vaiting mit mine mother for de bus und de vind vas blowing und de snow vas blowing, she says to me ‘Come ‘erschel, it’s too cul-ti-vate’ “.

(Say it out loud a few times using the accent. You’ll get it.)