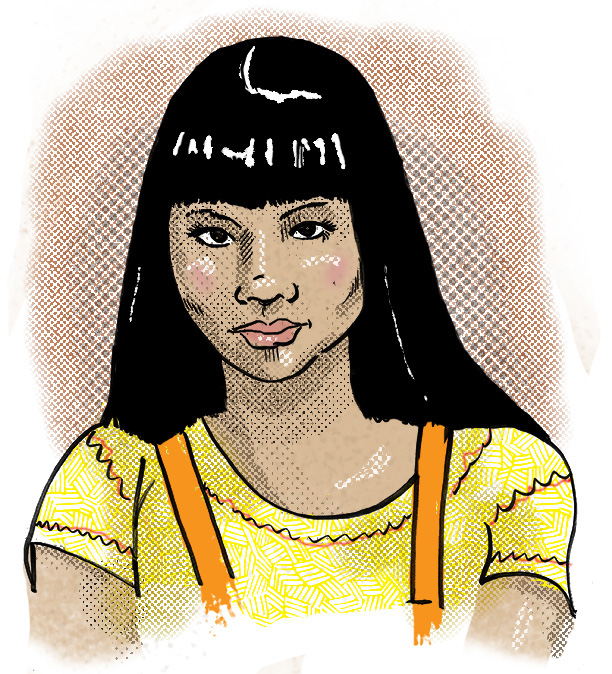 Thuy Trang was born in Vietnam around the time Communist forces overtook Saigon. Fearing for his life, Thuy’s father, a soldier in the Army of the Republic of Vietnam fighting against the North Vietnam army, fled to Hong Kong with his family after the Communist victory. The family was interred in a detention camp in Hong Kong for a short time. In 1979, young Thuy and her family secretly boarded a cargo ship, along with other refugees, bound for the United States. Thuy was very frail and sick during the long journey and other refugees tried to convince Thuy’s mother to toss the child overboard to make more room in the cramped quarters.

The Trang family arrived in the settlement known as Little Saigon, just south of Anaheim, California. This area was mostly populated by immigrant families of former soldiers of the Army of the Republic of Vietnam. Thuy soon shook her illness and began taking kung fu lessons at nine years-old.

After graduating from high school, Thuy aspired to a career as a civil engineer. She attended the University of California on a scholarship. Her future plans changed when she was approached by a talent scout in 1992. Thuy featured in several television commercials. In 1993, she was cast as Trini Kwan, the Yellow Ranger in the original Mighty Morphin Power Rangers series. Her martial arts training was helpful for her role as the super hero, although Thuy left the show midway through the second season to pursue motion pictures. She played Kali, one of the lead villains in the 1996 movie The Crow: City of Angels. The same year she played a manicurist in the Leslie Nielsen-comedy Spy Hard. She was cast in another film, Cyberstrike, but it never reached the production stage.

On September 3, 2001, Thuy and her friend, model Angela Rockwood-Nguyen, were passengers in a car traveling on Interstate 5 between San Francisco and Los Angeles. They had come from the final planning stages of Angela’s wedding, in which Thuy would serve as a bridesmaid. Suddenly, the car fishtailed violently and the driver lost control before it hit the roadside rock face. The car then flipped several times before hitting the safety rail and plunging over the bank. As a result of the accident, Angela Rockwood-Nguyen was left a quadriplegic. Thuy, who may not have been wearing a seat belt, was killed on impact. She was 27.

The episode “Circuit Unsure” of the subsequent series, Power Rangers: Time Force, was dedicated to her memory.